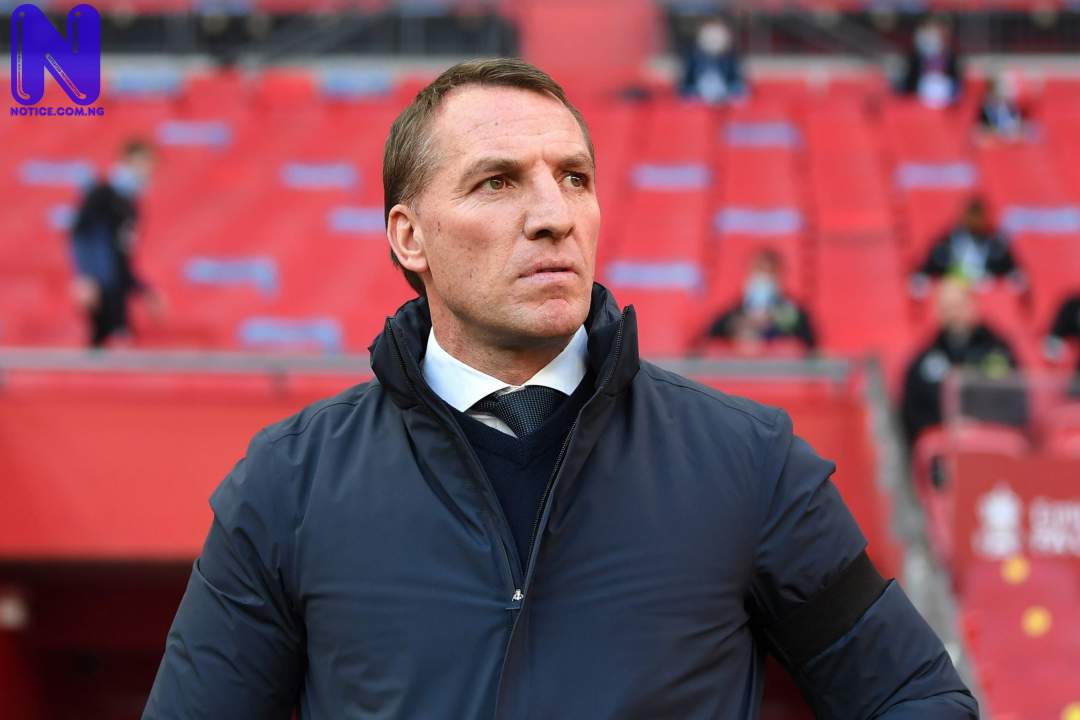 Leicester City boss, Brendan Rodgers has told journalists to remove him from the list of those being speculated as possible replacement for Ole Gunnar Solskjaer at Manchester United.

Rodgers dismissed the rumours that he is a leading contender for the Red Devils’ hot seat, insisting that the speculations are ‘not real'.

The Northern Irishman has so far been reported as one of the top contenders for the hotseat at the Theatre of Dreams.

DO YOU KNOW >>> He plays like Chicharito, Solskjaer – Ferdinand hails Liverpool star after win at AC Milan - UCL

Others being linked to the job include Paris Saint-Germain boss, Mauricio Pochettino; Zinedine Zidane, Eric ten Hag of Ajax, Luis Enrique, among others.

But Rodgers has ruled himself out of the run for the job by claiming that the speculation is ‘not real'.

Asked about United's apparent interest, Rodgers told reporters ahead of Leicester City Europa League game on Thursday, “I don't take it as anything. It's not real. There's always gossip and that will be there until they appoint a full-time manager.

“My commitment is to here. The culture here is about the development of the players, and that's where I see it, even moreso in this period.

“I respect you guys have stories to do and to create a narrative, but that doesn't include me.”