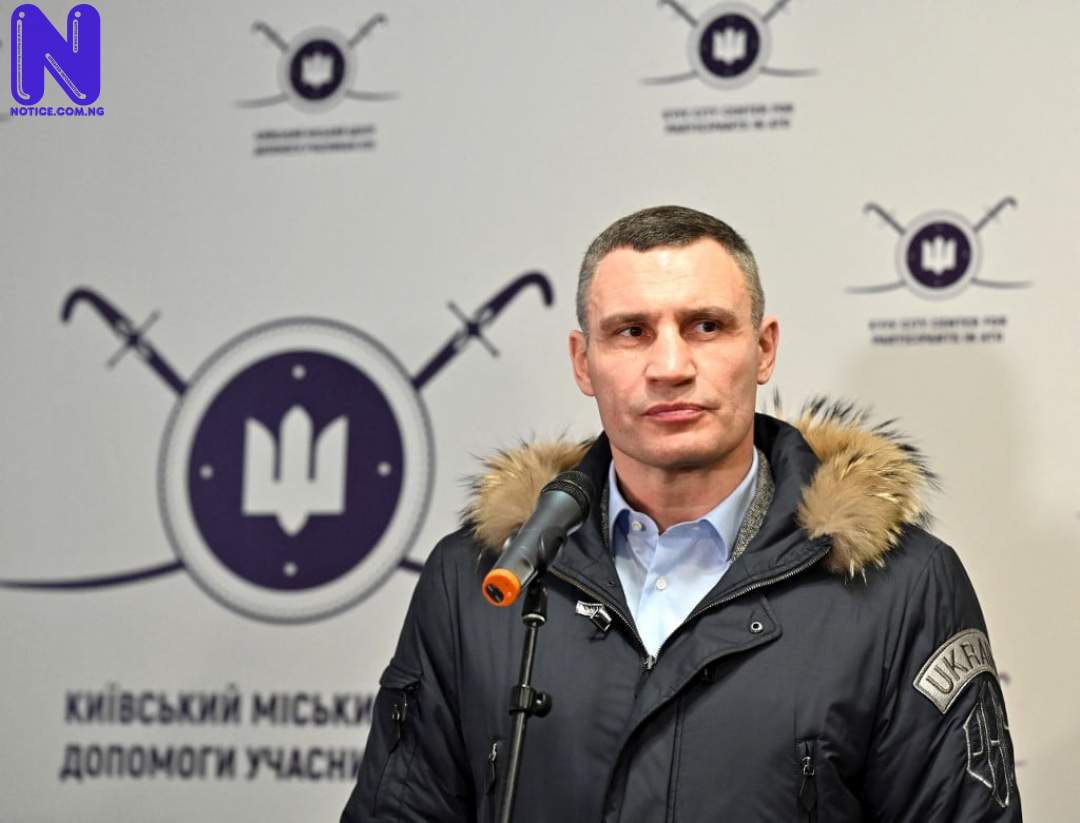 Kyiv Mayor and Ex-boxing heavyweight champion, Vitali Klitschko has urged Ukrainian citizens to stay inside from Sunday into Monday.

May 9 is Russia’s annual Victory Day celebration and Western officials have warned that President Vladimir Putin could formally declare war on Ukraine on that day.

Putin could step up his campaign against Ukraine on that symbolic day, As stated by the West.

Klitschko is not formally imposing a curfew, but events will not be held during that time.

A message he posted on his Facebook page, As stated by CNN, said there will be enhanced patrolling in the capital city.

“If anyone would like to go lay flowers, they can do so in private … Pay attention and follow wartime security rules,” Klitschko said.

“I also ask you not to ignore the air alarm signals and immediately take cover. In the coming days, there is a high likelihood of missile shelling in all regions of Ukraine. Be aware and take care of your own safety!” Klitschko warned.