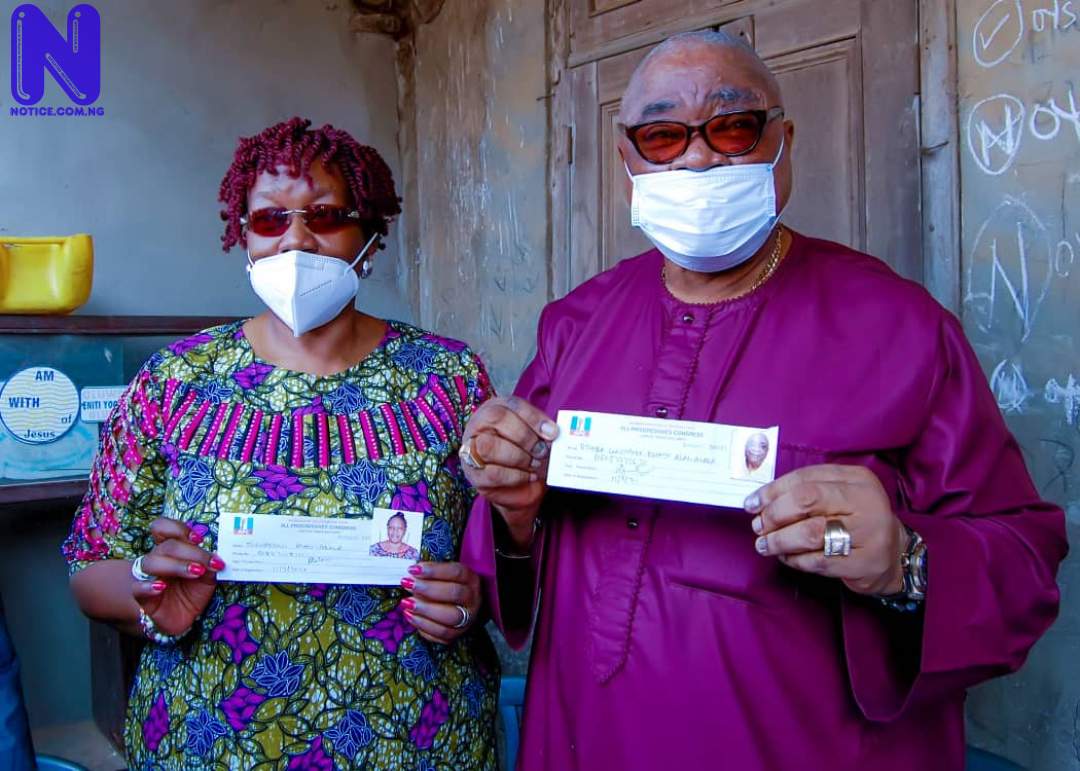 A Ex-Governor of Oyo State, Chief Christopher Adebayo Alao-Akala, on Thursday, urged members of the All Progressives Congress (APC) in the state not to fight themselves because of the ongoing party’s registration and revalidation exercise.
Alao-Akala made this disclosure shortly after revalidating his membership status of the party at his Sabo/Taara ward 10, Olukotun compound polling unit in Ogbomoso North local government area of the state.
Press reports that Alao-Akala, who is the Chairman of Elders Advisory Council of APC in the state, revalidated his membership with APC along with his wife, Oluwakemi Alao-Akala and other family members.
The Ex-governor while speaking, described the ongoing registration and revalidation of membership exercise as impressive with the huge turnout witnessed within the first two days of commencement of the programme
He, in spite of that, urged members of the party in the state not to fight anyone because of the ongoing exercise.
Alao-Akala said, “Don’t fight anybody. Let the process go on smoothly, don’t feel intimidated by their coming.”
The Ex-governor while speaking further said that the party is determined to take over the state in 2023.
“Your unprecedented turnout for this membership registration and re-validation exercise tells a lot about your readiness and willingness to stand with the party come rain, come shine.
“You have willingly come out to identify with the All Progressives Congress without any form of inducement or coercion and which is a pointer to the fact that our great party the APC is acceptable across all divides.
“Let me now shock you, all things being equal and without mincing words, APC will be in power in Oyo state in 2023.
“And beyond 2023, we will still be in power, God willing. I won’t go into details more than this but I tell you, we are putting finishing touches to the process to make it a reality. In the next couple of days, you will see new faces and new movements amongst us, welcome them with open hands, make them comfortable, it is part of the process.
“Don’t fight anybody, let the process go on smoothly, don’t feel intimidated by their coming. Let us gladly receive them into the APC fold.
“Since the PDP does not appreciate being in power, we will take it away from them, we have had a reasonable number of their members coming to register in the APC. You know we operate an all-encompassing and open-door policy.
“And being the ruling party at the national level, the best thing for us as a state is to make sure Oyo State is also an APC state and this will soon become a reality.”