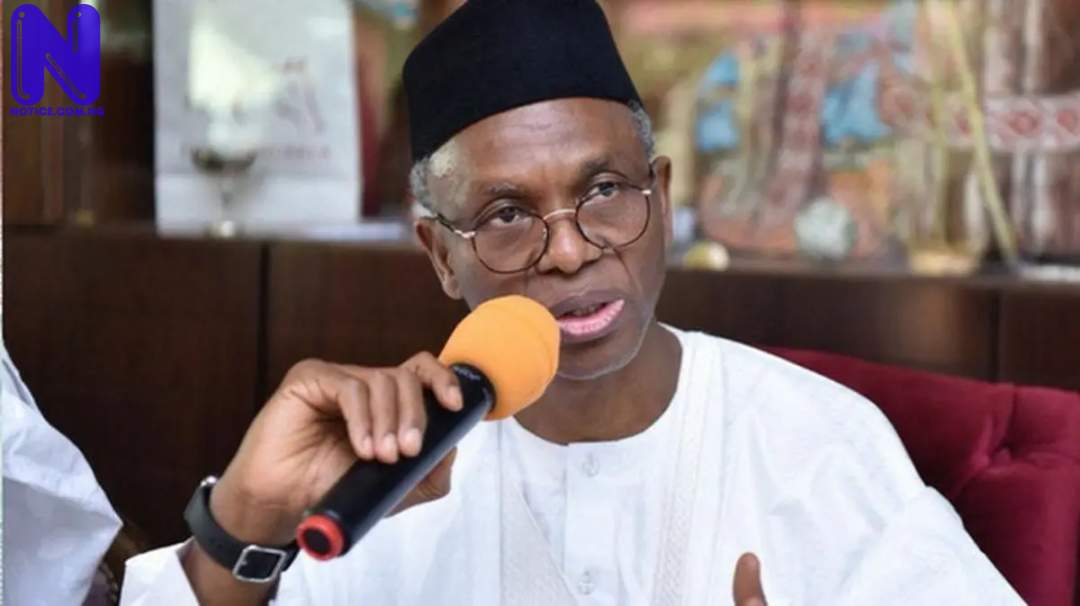 Governor Nasir El-Rufai has ensured that urgent steps must be taken not to allow criminal actions of insurgents and bandits to tear the country apart.
Governor El-Rufai, in a statement he issued on Wednesday night, noted, “We should not be seduced into the dangerous passion of blaming innocents, declaring them guilty of the crimes of others, evicting them, killing and destroying their property.:
Governor El-Rufai strongly believes that in difficult times, the right of everyone to live must be upheld with security and safety.
He noted, “The frenzy of ethnic labelling makes solutions difficult and can only guarantee disorder, violence and pain.”
The governor’s message was borne out of the concern of the people of his state about video clips being circulated on social media platforms saying citizens of a particular ethnic group are being massacred and their properties destroyed in parts of Nigeria.
He called on the people of the state to respect law and order as well as the rights of all citizens to live in peace, while appealing to his colleagues governing other States in the country to make similar statements, and disavow these attacks and massacres.
Governor El-Rufai advised that anarchy must be avoided and the need to vigorously promote the rule of law and the right of all citizens to life, liberty and livelihoods wherever they choose to reside.
He explained that elected and appointed public leaders across the country must act on their constitutional obligations to protect all citizens, uphold order, and contribute to a climate for peaceful resolution of all issues.
He remarked that in Kaduna State, they are learning from decades of unfortunate and needless experiences, stressing that the government has faced the tragic manifestations of the indigene-settler divide.
Governor El-Rufai noted that this has been compounded by criminal activities that often have fatal consequences, adding that the victims of criminal actions like banditry and kidnapping in the state cut across all ethnic and religious groups.
He assured that his government has resisted the attempt to tar all members of any ethnic group for the criminal actions of some of their members, stressing that at all times; the government has upheld the right of every citizen to live and pursue legitimate livelihoods wherever they choose.
He added that that was why the government ordered the arrest of persons who issued an unlawful eviction notice to the citizens of a certain ethnicity in 2017, pointing out that the impunity and calculated disregard for a common humanity that prompted such irresponsible rhetoric is sadly at play again.
According to him, the genuine fears felt by people across the country for their safety and security imposes a responsibility on all leaders to ensure that these anxieties are assuaged and urgent steps taken to relieve human misery and stop the criminal actions that menace our citizens and their property, adding that it shouldn’t be the top priority.
He observed that it is time for governments and leaders at all levels to step in, exercise firm action, engage people and ensure that the responsibility these dire times demand are not derailed by those who only see opportunity for their own myopic agendas.
He noted that Nigerian People cannot allow, by inaction or otherwise, the reign of anarchy where fear creates a tragic momentum of violence, blurring the lines between victims and perpetrators and complicating a difficult moment.
He urged representatives in the National Assembly to expedite action on the Constitutional amendments that would usher in State and community policing, saying that it is the ultimate panacea for effective law enforcement nationwide.
He warned that Nigerian People should not allow the criminal actions of insurgents and bandits to tear the country apart, adding, “We should not be seduced into the dangerous passion of blaming innocents, declaring them guilty of the crimes of others, evicting them, killing and destroying their property.”