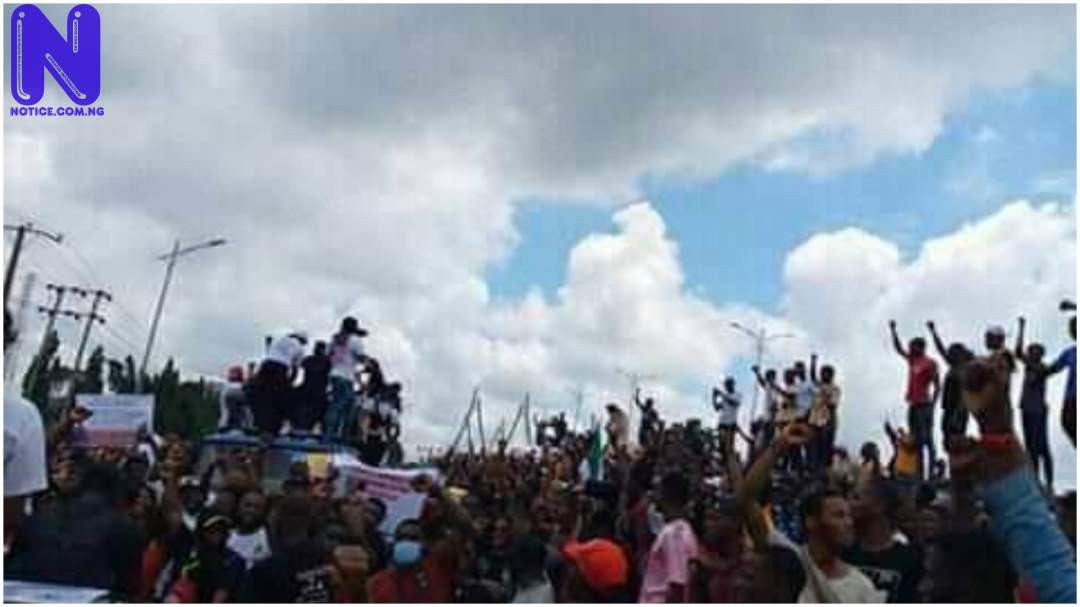 Abia State Government has warned opposition politicians in the state to steer clear of the ongoing peaceful protests by Nigerian youths under the auspices of End SARS to avoid needless violent escalation or loss of life as such could be hijacked by hoodlums to unleash mayhem on innocent citizens.
The State Commissioner for Information, Chief John Okiyi Kalu, who issued the warning while addressing newsmen in Umuahia during the weekend assured that the State Government was fully in support of young Nigerian People expressing their views through peaceful protests, added that “Abia State Government has uncovered plots hatched by a certain politician in the state to hijack the peaceful agitation of #EndSARS protesters and turn it into a political tool to attempt to get what he couldn’t get using the constitutional means that the ballot box is”.
According to him, “the State Government is aware of the funding and mobilization of at least two Abia born musicians who are resident outside the state to provide cover for those who will be brought in from Monday to attack marked government establishments under the guise of protesting against the defunct Special Anti Robbery Squad (SARS). Bloggers and some broadcast media practitioners were also funded to launch attacks against the government to incite the people against the government and we have turned over the list of those involved in the plot to security agencies and the Governor has directed full protection for genuine End SARS protesters”.
Chief Okiyi who assured that youths of the state are free to join others across the nation to protest against extra judicial killings and brutality by a section of law enforcement agents and other real or perceived ills of the police, appealed to them to resist attempts by politicians to hijack their genuine agitation.
He said the State Government was working with security agencies in the state to ensure the protection of genuine End SARS protesters as well as identify and question all those involved in unwholesome plot to endanger the lives of the protesters including “one Nwosu, his sponsor and accomplices who are behind the dastardly plot.”