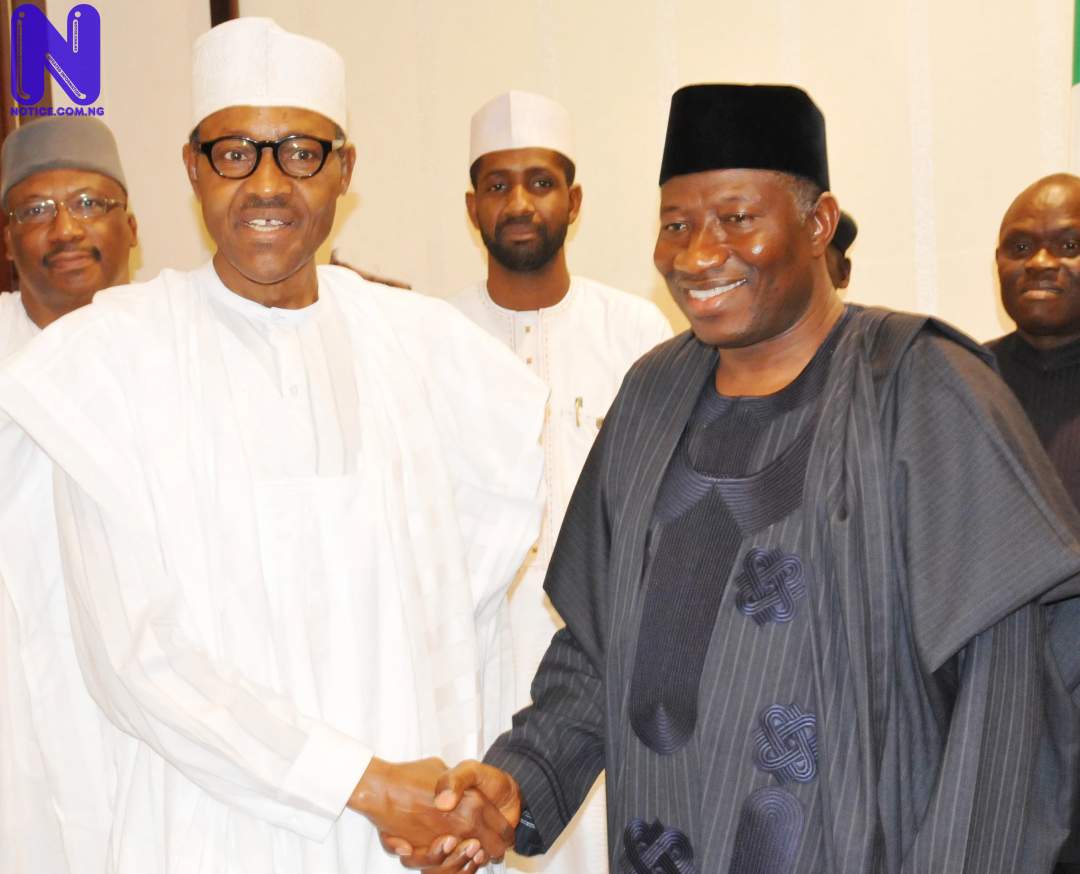 A group, Igbo Leaders of Thought, a body of eminent Igbo personalities, has warned that the plan to probe the administration of Ex-President, Goodluck Jonathan must not be used as a ploy to humiliate political opponents of President Muhammadu Buhari, including Ex-President, Jonathan.
The group, led by constitutional lawyer, Professor Ben Nwabueze, also called on Buhari to immediately restructure Nigeria without delay.
The group, in a statement signed by its deputy secretary, Evangelist Elliot Uko, said the impending probe must be devoid of “witch-hunting and smear agenda”, stressing that the probe would be reduced to a jamboree if it becomes an avenue to humiliate political opponents.
It also warned that any ploy to use the probe to humiliate political opponents of the All Progressives Congress-led Federal Government would cause problems for the country.
“Desirable as the probe and prosecution of corrupt officials of the outgone regime is, we must endeavour to avoid witch-hunting and smear agenda.
“Only the probe and prosecution of factual, traceable and clearly identifiable cases of abuse of office and misuse of public funds will inspire confidence and receive commendation of the citizenry and the international community.
“Humiliating and deliberately degrading political opponents in the guise of probe and prosecution of corrupt officials will only reduce the whole exercise to a jamboree, that could lead to a lot of a acrimony and bad blood which we believe, is the last thing Nigeria needs at the moment,” the group said in the statement.
Continuing, the statement said it is only the restructuring of the country into federating units that can augur well for the country, insisting that it would amount to living in denial to pretend that the current federal structure was sustainable.
The group also noted that noted that fighting corruption and insurgency alone would not be enough to restore the confidence of Nigerian People in the country’s future.
The Igbos Leaders of Thought argued that the current federal structure, which was established by the military, was the bane of contemporary Nigeria.
It said:“We believe that Nigerian People from all persuasions, political divide, zone or status all agreed that the unity, security, stability of Nigeria should be the priority of all concerned at this juncture of our national growth.
“Sincerity of purpose, commitment to what is best for the country and for the good of all should guide actions and steps of our new leaders.
“While views and opinions may differ on solutions to the myriad of problems confronting us as a people, truth is usually located somewhere near the court of justice, equity and fair play.
“Continuing to pretend that the present political structure is sustainable is clearly to live in denial of reality.”

READ ALSO >>> Buhari under fire over cancellation of examination - WAEC