Do your government a favour – Ohanaeze to Buhari - Nnamdi Kanu 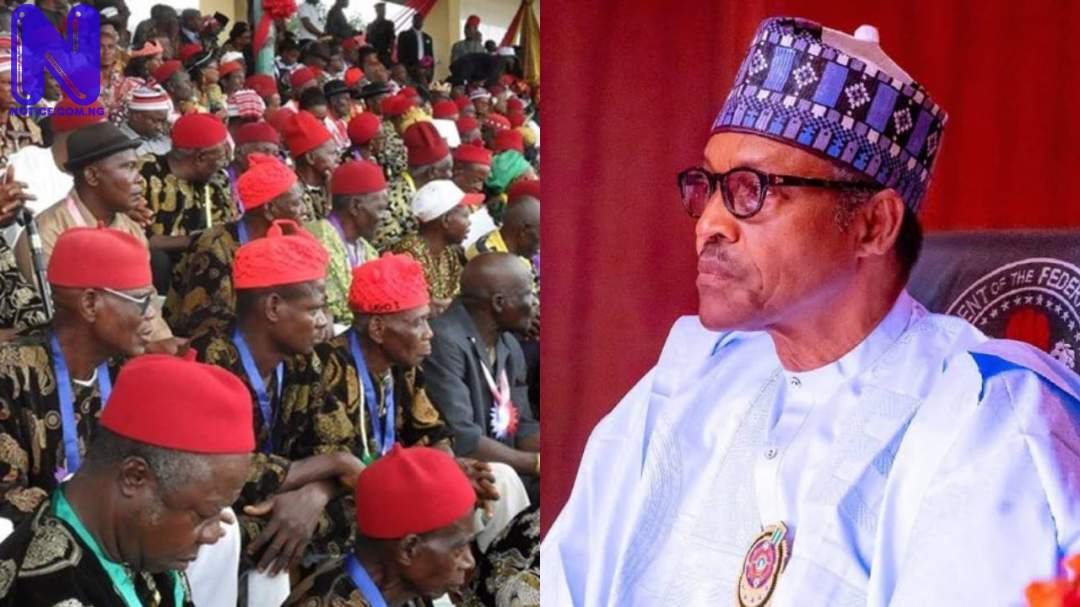 Ohanaeze Ndigbo has said President Muhammadu Buhari would be doing his government a favour by ordering an unconditional release of Mazi Nnamdi Kanu, the leader of the Indigenous People of Biafra, IPOB.

Ohanaze said this in response to the protest by key Northern groups to the appeal made by elder statesman, Chief Mbazulike Amaechi.

The Igbo group in a statement by its Secretary-General, Mazi Okechukwu Isiguzoro said illegal extradition of Kanu from Kenya left the government with no option than to free the IPOB leader.

Ohanaeze cautioned the Northern leadership, especially the Arewa Consultative Forum, ACF and the Coalition of Northern Groups "to desist from fanning the embers disunity," stressing that "they should allow President Muhammadu Buhari do his job by getting Nnamdi Kanu released."

Isiguzoro noted that, "The unity of the country is superior to all arguments that ACF and CNG are canvassing. It’s an absurdity for the Northern leadership to resort to pettiness in all issues concerning the South-East, especially when it’s in the best interests of the country and her survival.

"It is the prerogative of the President to either choose from actions that will lead to the disintegration of the country or retreat from the promotion of nepotism which was responsible for the actions of IPOB."

He said the ACF would reap the benefits should Buhari refuse to free Nnamdi Kanu, warning that, "Nigeria may go up in flames."

He said the ACF by its current stand "has put itself up as an exponent of Nigeria’s breakup and disintegration.

"Buhari is not doing Ndigbo any favour over Kanu but is a must decision to save his government from the allegations of human rights violations and a clampdown on the critics of his government when the real terrorists are being pampered.

"Igbo leaders led by Pa Mbazulike Amaechi offered Buhari a soft landing to save the Federal Government from further embarrassment before the International community.

"So, Buhari is doing his government a favour, not Ndigbo to release Nnamdi kanu, as the international community is watching if he will succumb to the pressure of the North not to correct the lapses before the watchful eyes of the entire world.”