Do not purchase expression, nomination forms yet – SDP tells aspirants - 2023 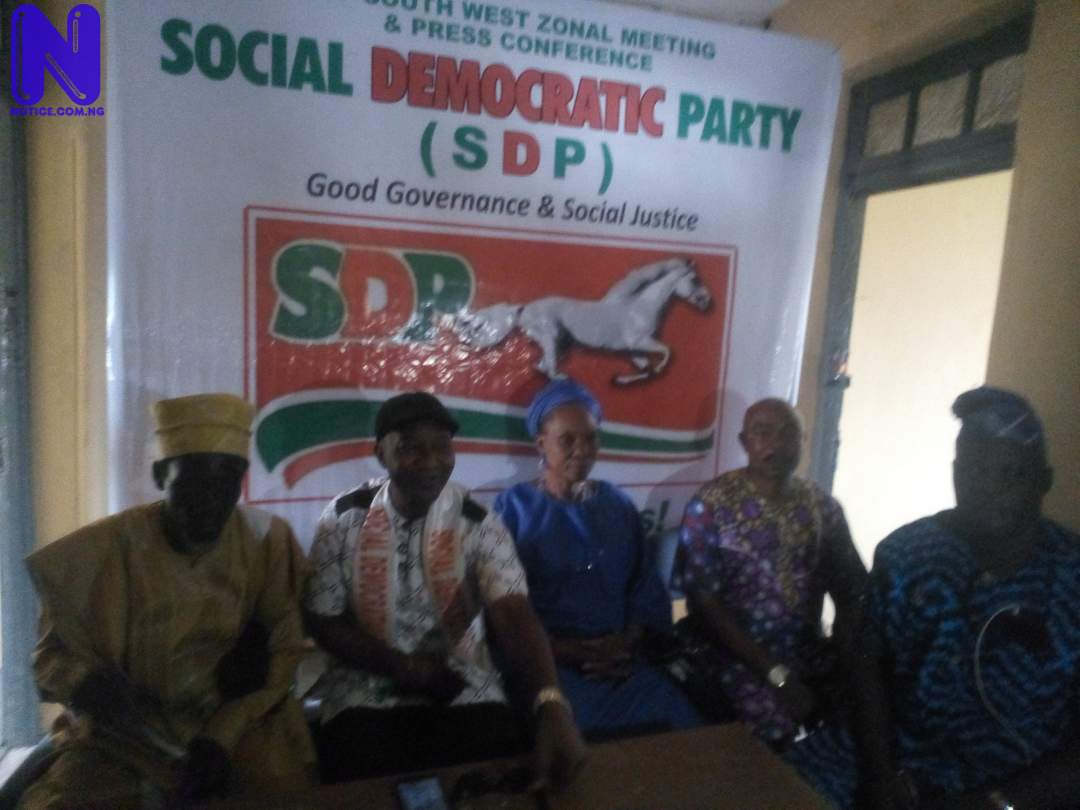 Some leaders of Social Democratic Party (SDP) have advised aspirants, who wish to contest on the platform of the party ahead of 2023 general elections not to purchase expression and nomination forms yet.

The leaders warned the aspirants against purchase of the forms until perfect reconciliation is done to settle the lingering crisis within the party.

The leaders made this known on Wednesday while addressing a press conference in Ibadan, the Oyo state capital.

Our correspondent gathered that the party had in the last few weeks been engulfed with a series of crises which resulted in the as Chairman of the party.

The South West leaders of the party have however said that anyone who purchased forms before the crisis is resolved is on his own.

SDP Secretary in Ondo state, Dr Sola Agboola who spoke on behalf of South West SDP stakeholders, advised the aspirants to ensure that the issues within the party are resolved before they attempt to purchase the forms.

Agboola who flanked with other leaders of the party from other south west states, explained that Agunloye’s suspension still remains.

“It is illegal for Dr. Olu Agunloye to parade himself as national chairman or Secretary of the party as the case may be. The assignment he has is to come and make money. He has been suspended from the party at his ward 10 in Akoko North local government area in Ondo state.

“The aspirants have been warned to beware of the antics of Dr. Agunloye. Whatever he is doing is illegal because he has been suspended from the party.