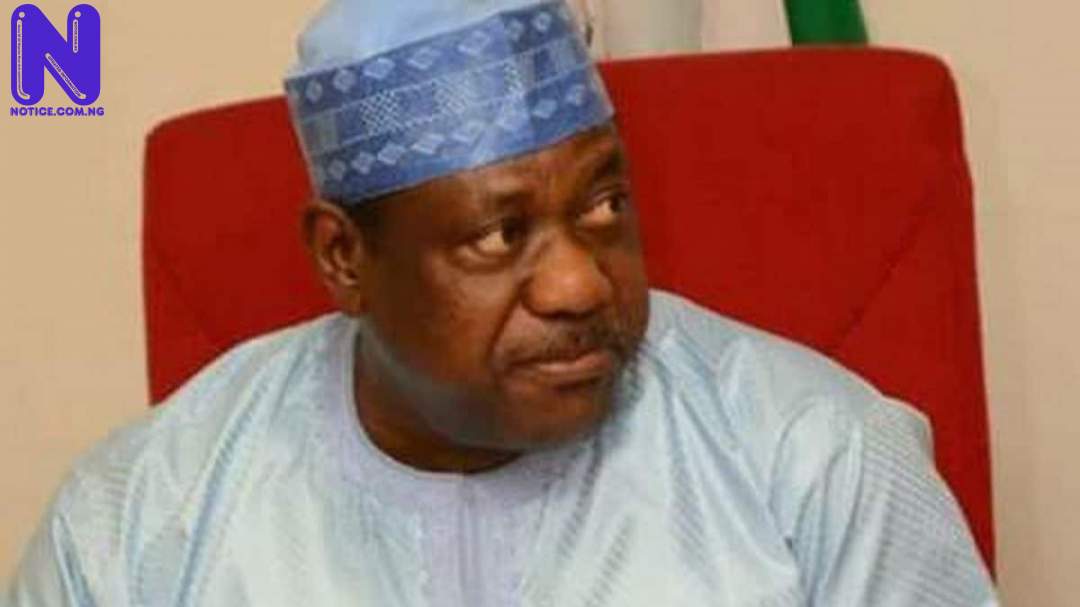 A coalition of South-East Youth Leaders, COSEYL, the apex socio-political group in the South-East geo-political zone has advised the Minister of Special Duties and Inter-Governmental Affairs, Senator George Akume to reverse his stance on the security situation in Benue state.

Recall that Akume, Ex-governor of Benue State, alongside other members of the ruling All Progressives Congress, APC had on Monday called for a state of emergency in Benue following Governor Samuel Ortom’s consistent outcry of killings in the state.

Also, during the press conference in Abuja Senator Akume urged Governor Ortom to apologize to President Muhammadu Buhari for criticising him over his alleged inability to tackle the security crisis in Benue and other parts of the nation.

Reacting, COSEYL in a statement issued on Tuesday by its President General, Hon. Goodluck Egwu Ibem and the Secretary-General, Comrade Kanice Igwe said “Akume is now living in an alternate universe”, describing him as “an unfortunate spent man, a willing comprador in Benue politics”.

The statement reads, “The latest attention of Coalition of South East Youth Leaders, COSEYL, the apex socio-political group in the South-East geo-political zone has been drawn to a rather impolitic politics of Senator George Akume, Ex-governor of Benue State, whose plan chiefly is to orchestrate and cause a political tsunami in Benue just to take over the instrumentality and reigns of power evidently through his latest call for emergency rule in the state.

“The antics of politically run-down men like Akume is nothing new to the Nigerian space where “stomach infrastructure”, beyond a mere neologizing, is a survival quest for men like Akume. Having obtained, seen and studied a copy of the statement where Akume called for unreserved apology from His Excellency Governor Samuel Ortom to the president, one gets clearer the picture and message that when it comes to issue of Benue politics, Akume is now living in an alternate universe. He is an unfortunate spent man, a willing comprador in Benue politics. A willing tool for distablization in the state that gave him mandate to preside over her affairs. This call for emergency is Akume’s thank-you message to Benue. Sad.

“The realities of the day in Nigeria does not even require the best social or political commentator to tell away the fact that with the current APC-led federal government, unity is far yet from the goal of the Nigerian state. This, COSEYL says, is not about Ortom but about the current state of the nation and the reality of lack inclusiveness the Buhari administration has served Nigeria and Nigerian People since 2015. Those records speak for themselves and so it makes no sense delving into them. But the question is, “What does Akume have concerning what have been said by men like retired Commodore Kunle Alawunmi who alleged recently that Buhari’s government knows the sponsors of Boko Haram? What does Akume have in defence of the federal government against the homily of Bishop Matthew Kukah and other voices of reason, including those outside political players? How does he see Gumi, and what has he done differently to show he knows the way he now points? Do lives of Benue people still matter for him?

“George Akume, Ex-two-term governor of Benue and now minister of special duties and inter-givernmental relations does not understand a thing about his position and designation. He, as a minister of inter-governmental relations, dived emtovely headlong into a matter he should have mediated constructively than resort to anarchy – call for emergency rule. With this, as a coalition, we are convinced that Akume has no scintilla of integrity left in him, in fact, the last few drops have been guzzled by brinkmanship and partisanship!

“For the sake of truth, powers of emergency does not lie with the president alone as our constitution is both contemplative and express about the subject. Such powers must be derived through two-thirds majority vote of the National Assembly, then gazetted, before it becomes operational. Sadly, it was the Balewa-style of emergency (1962/3 in the Western region) sustained by Obasanjo (in Plateau state against Joshua Dariye), both which have no legal and constitutional basis that Akume proposed as a panacea to a problem the inactions of the federal government magnified and heightened. This anomaly – as with emergency rule in Nigeria – was corrected when President Goodluck Jonathan, acting in accordance with the National Assembly majority votes, declared an emergency in Borno, Yobe and Bauchi States. Sadly, Akume wants to see the termination and uproot of a democratically elected authority just like the one in which cabinet he serves. He, by this act, is trying to take the nation’s little progress back to the stone age characterised by Hobbesian life!

“When he served as governor, Akume too had issues with the federal government led by Chief Olusegun Obasanjo, why does he now think anarchy is the solution to herders killing and sacking of humans in Benue State?

“As a Coalition of youth, we have followed for long now the events unfolding in the nation, especially those concerning her security matters. Such issues are not one to play politics with or to indulge in power tussle over than they require a pragmatic and national approach. This is what we are not seeing happen under the government of the day in which Akume serves!

“Inter-governmental relations is not one new in Nigeria, and whether it has been healthy or sick is not new too. It bears repeating that throughout the 1960s such an unhealthy one played out between the federal government and regional governments of the West (1962/3) and later between the same (military) federal government and Eastern region (1967-70). We had such issues during the return to democracy shortly after 1999 between President Olusegun Obasanjo and Governor Bola Tinubu of Lagos State and between the same Obasanjo and virtually all the oil-producing states over resource control and offshore/onshore dichotomy. We saw Plateau state too. What matters is how such relations are managed, not necessarily aggravated by the ministry that ought to have controlled them. Akume does not deserve to occupy that position one minute longer than and from now.

“We have seen that in defence of lies and pecuniary interest, many Nigerian supporters of the establishment and status quo would not only mortgage their right for a mess of porridge but will betray their own brothers and home state as the machinery of anarchy and blackmail. Akume falls within this class, he does not go beyond.