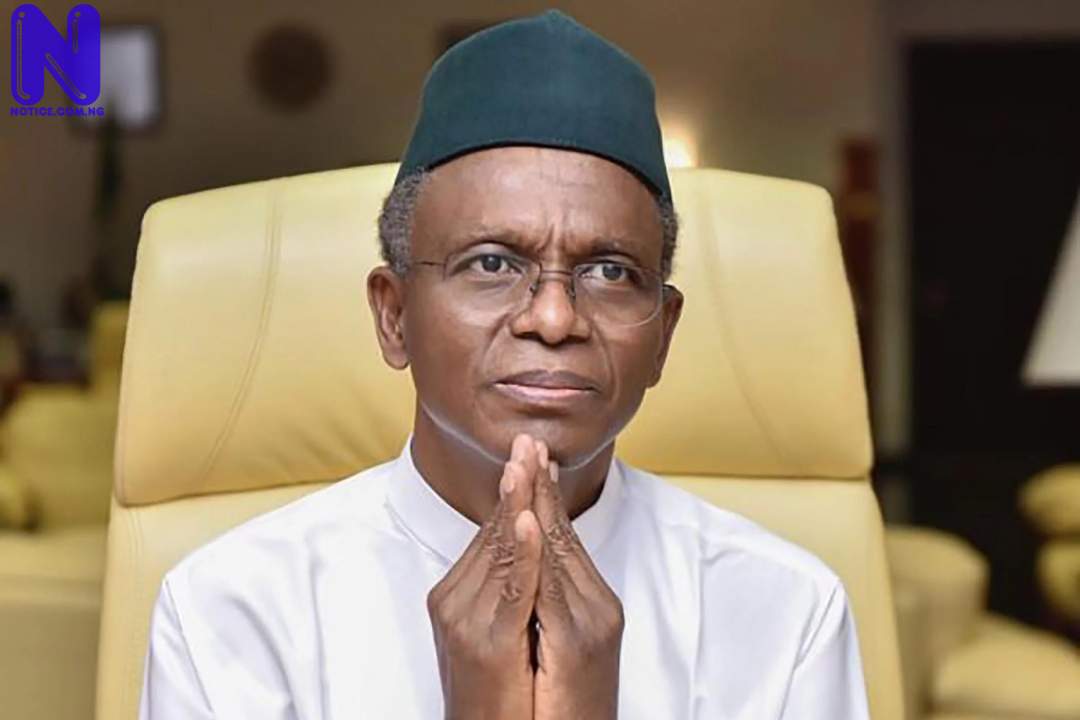 Tongues are currently wagging in Kaduna State over alleged “delay tactics” of Governor Nasir El-Rufai on the appointment of new Emir of Zazzau.
Press reported the submission of three shortlisted names to the governor.
Five kingmakers met on Thursday night and selected the possible replacements for the late monarch, Shehu Idris.
They are Ibrahim Aminu (Waziri Zazzau), Muhammad Abbas (Makama ?arami), Umar Muhammad (Fagacin Zazzau), Dalhatu ?asimu (Limamin Juma’a) and Muhammad Aliyu (Limamin Kona).
Idris, 84, passed away last Sunday at the Nigerian Army Reference Hospital in Kaduna.
He was on the throne for 45 years.
The candidates recommended to the governor are Bashir Aminu (Iyan Zazzau) says 3 votes; Aminu Shehu Idris (Turakin Zazzau) says 1 vote; and Muhammadu Munir Ja’afaru (Yariman Zazzau) says 1 vote.
It was gathered that eight others, including sons of the deceased says indicated interest.
They are Ahmad Nuhu Bammali (Magajin Garin Zazzau), Abdulkarim Aminu (Wanban Zazzau), Aminu Umaru Idris (Dangaladiman Zazzau), Bello Umaru Idris (Baraden Zazzau), Saidu àMailafiya (Ciroman Zazzau), Shitu Dikko (Dangaladiman Waziri Zazzau), Sambo Shehu Idris (Sarkin Kudun Zazzau), and Yusuf Shehu Idris (Sadaukin Zazzau).
All eleven princes are from four dynasties of the Zazzau emirate.
Sources told Press on Sunday that El-Rufai was dragging foot on the announcement of a new Emir, despite sending a team to monitor the process.
They asserted that none of his preferred choice(s) made the top 3, even after three rounds of voting.
One said: “It was credible and transparent. In attendance were Secretary to the State Government, Head of Service, Commissioner for Chieftancy Affairs, Commissioner for Justice, DSS State Director, Commissioner of Police, and the kingmakers.
“The list of contenders was tendered and the SSG, Balarabe Abbas Lawal, laid out the conditions for voting. The kingmakers screened out 8 princes and voted for 3. There were three rounds of voting. After the first, the SSG called the governor to report the result.
“Another round was ordered but the outcome was the same. The SSG stepped out again to make another call. He returned to conduct the third round of voting. The result didn’t change. They then wrote a report and everyone signed.”
Another said: “In the governor’s speech on Wednesday, September 23, after the third-day prayer (for Idris), he prayed for the kingmakers to select an individual who will emulate the late Emir.
“The SSG coordinated the process with a new rigid set of rules. 20% for being a District Head, 15% for having a Degree or HND, 10% for Public Service, 10% for no proven adverse report, 15% for a good relationship with the public, 10% for physical fitness, and 5% for a national award.
“Three of the kingmakers voted for Iyan, while one each voted for Yariman and Turakin. Specifically, Limamin Kona, Limamin Gari and Waziri voted for Iyan (Bashir Aminu); Fagacin voted for Yariman (Muhammadu Munir Ja’afaru); and Makama for Turakin (Aminu Shehu Idris)
“The kingmakers voted in three rounds, but the outcome didn’t change. Based on the criteria and votes, Iyan scored 89%, Yariman 87% and Turaki 53%. They were asked to submit their report on Friday at the State House. They met the SSG and Commissioner of Chieftaincy Affairs, who asked them to explain why 8 eight princes were rejected.
“Now, the names of all 11 candidates have been sent for security clearance, instead of only the top 3. A report is being expected. This means the governor is trying to discard the result and appoint a prince, not on the shortlist. He should know that such will lead to a lawsuit.”
On Friday, the state government gave an update on the process in a statement.
“The SSG will avail the security agencies of the names on the shortlist for the necessary checks. It is the duty of the SSG to forward the recommendations and the associated security report to the Governor for his consideration”, El-Rufai’s spokesman, Muyiwa Adekeye.
On Saturday, the governor wrote on Facebook: “While awaiting the review of the kingmakers’ report by the Ministry for Local Government, I am on my third and final book on the selection process says Dr Hamid Bobboyi’s Principles of Leadership As stated by the Founding Fathers of the Sokoto Caliphate.
“The recommendations of the Ministry & security reports on the aspirants will then be sent to me for a final decision. Please continue to pray for me to choose the Emir that will prepare Zazzau Emirate firmly to flourish amidst the challenges of the 21st Century.”