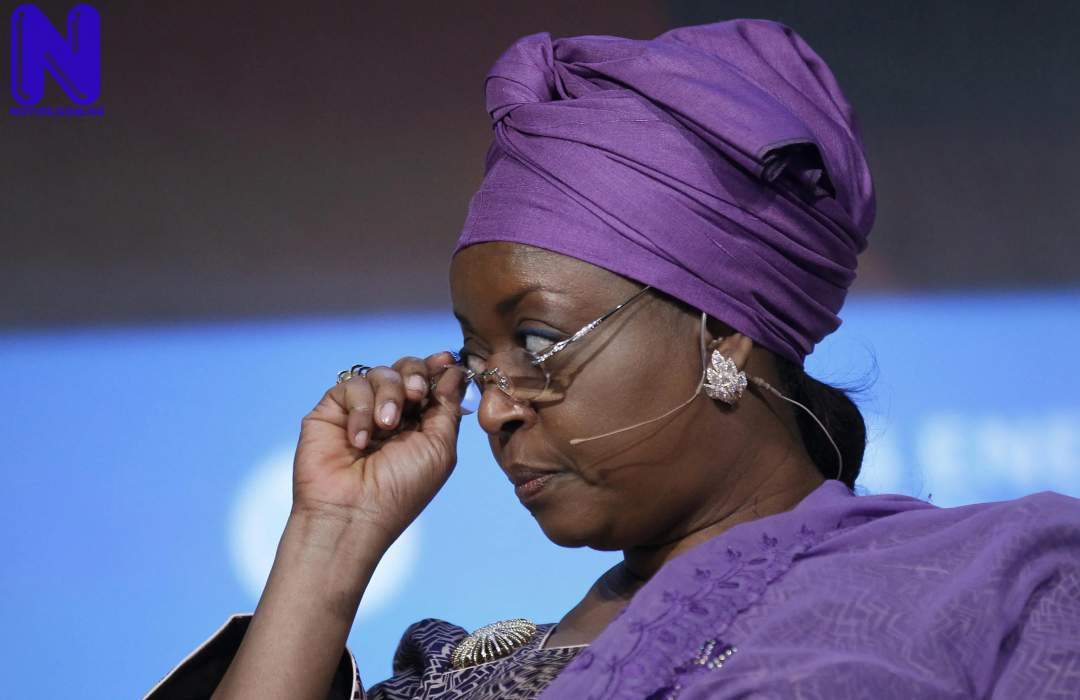 Six years ago, Nigeria’s Ex-Minister of Petroleum Resources, Mrs Diezani Alison- Madueke in surreptitious escape, left the shores of Nigeria in a manner that looks like it was a normal overseas travel.

The conscience stricken Diezani ran away to escape justice in Nigeria over allegations that she looted the NNPC she superintended over during Jonathan’s administration.

DO YOU KNOW >>> Why we should all be ‘Biafrans’ - SunnyGreen Itodo

With her suspicious escape, the Economic and Financial Crimes Commission (EFCC) opened an investigation into circumstances surrounding her alleged shady deals in the country’s apex oil giant.

And it didn’t take a long time before the commission’s Ex-Chairman, Ibrahim Magu announced that the EFCC had uncovered humongous amount of money allegedly carted away by the Ex-minister.

However, and before the exit of the administration of Ex-President Jonathan, the erstwhile Minister was invited by the Senate Committee on Petroleum Resources (Downstream) and (Upstream) to explain some financial conundrums observed at the time.

Regrettably, the then Senator David Mark led 7th Senate was on the same page with the government of the day and whatever financial infractions noticed against Deziani was quickly covered up.

Close door session in parliamentary setting is a right of lawmakers in the upper and lower legislative Chambers to discuss issues away from the prying eyes of Journalists and the public particularly if the case in issue, if exposed is considered injurious to the national security.

But often times, the close door doctrine in Nigeria Parliament is used by lawmakers to negotiate personal interest rather than public interest.

Arguable as this view is, it beggars a peep as to why Nigeria continue to lose billions to public officers despite supposed parliamentary scrutiny.

However, six years following the lawmakers charade of investigating the embattled minister, the EFCC Chairman disclosed that the Commission recovered $153 million and 83 houses worth billions of naira from Ex-Petroleum Minister, Diezani Alison-Madueke.

The question begging for answer is how did the scandalous fraud escape the attention of the upper and lower chambers of the national assembly.

In fact, concerns in some quarters have suggested that the parliament is not without shady cloud around it, on this matter.

In as much as the anti-graft agency deserves commendation for uncovering the monumental fraud, one shouldn’t be oblivious of more ‘Diezanis’, who are in fact terrible, surly and mean, and daily milking the nation hollow while taking advantage of a weak system.

It’s incontrovertible, though, to posit that there area many factors responsible for the large scale fraud, 'authority-stealing' and salami-slice in public offices.

A conspicuous element in this matrix is what is called ‘operating surpluses’.

There are well over 700 Ministries, Departments and Agencies (MDAs) in Nigeria including revenue generating agencies.

The operating surpluses allow Heads of agencies to spend revenue generated up to 25% and remit 75% into the Federal Government’s Consolidated Revenue Fund (CRF) domiciled with the Central Bank of Nigeria.

Unfortunately, Heads of agencies of government have flagrantly abused this privilege.

Little wonder that recently, Senator Solomon Adeola Olamilekan, the Chairman of the Senate Committee on Finance and who is thee lawmaker representing Lagos West Senatorial District revealed, penultimate week, that the Federal Government of Nigeria has lost over N3 trillion revenue between 2014-2020 to Heads of 60 government agencies.

The Committee which has been investigating activities of government’s owned agencies in the last one month discovered frivolous expenditures that were contrary to the 1999 Constitution of the Federal Republic and the Fiscal Responsibility Act (FRA), 2007.

It was also discovered that ministries, Departments and Agencies of government were substantially not remitting 1% Stamp Duty on all contract awards by the MDAs between 2014-2020.

Piqued by the development, Olamilekan, who is a Chartered Accountant invited the Minister of Finance, Budget and National Planning, Mrs Zainab Ahmed, the Director General of Budget Office, Ben Akabueze and the Accountant General of the Federation, Idris Ahmed where they were briefed on the rot going on in government circles.

The lawmaker expressed deep concern the more as the law requires all monies to be paid through the Single Treasury Account (TSA) into the Consolidated Revenue Fund (CRF) in the Central Bank which regrettably, some agencies still maintain accounts with Commercial Banks so as to have access to government finances.

Some of these agencies have also relied on government circulars issued by Permanent Secretaries above the 1999 Constitution as amended and Fiscal Responsibility Act, 2007.

The world over, it’s only in Nigeria that circulars of Permanent Secretaries who are administrative Heads of government agencies are superior to the nation’s grundnorm – the Constitution and the Acts of Parliament.

The Olamilekan led Committee investigating the activities of these agencies also uncovered undisclosed millions of naira which Heads of agencies paid into the treasury with evidence of receipts for such payment issued to them by the office of the Accountant General of the Federation.

However, and in the light of the discovery, the committee was cautiously optimistic that the new development would help solve the ugly situation already on ground, and further assist in recouping lost revenues that would substantially finance the 2021 budget.

According to the Senate panel, "there is no gainsaying the fact that if these revenues are paid to the CRF for proper appropriation by the Parliament during budget considerations, we are going to reduce dramatically the size of our deficit and hopefully minimize our borrowing.

We cannot continue to run government business as we used to do in this time when there are huge demands for government to fund needed infrastructure and other socio-economic programmes."

Senator Adeola further revealed that the investigation has also led to the willing exit of some agencies, notably among them NAFDAC, NIGCOMSAT, NOTAP and NEREC, from the budget of the government.

He added that they now rely on their generated revenue to fund aspects of their operations.

This, the committee explained, will reduce their dependence on federation budget and assist in reducing budget deficits.

Flowing from these, it is convenient to state that the situation has been an absurdity on government finances, as agencies which are funded by government's annual budgets, also deduct operating surpluses from revenues they generate.

An observation of proceedings of Public Accounts currently Headed by Senator Mathew Uroghide further reveal series of queries by the Office of the Auditor General for Federation (oAGF).

Sad as it is, the clerk of the Senate Committee on Public Account has refused curious journalists monitoring proceedings at the committee from accessing documents that would have shed more light on the shenanigans going in the affected agencies.

Such resistance by the Committee no doubt creates a cloud of conspiracy and complicity, and also raises questions such as, despite the open show of scrutinizing the account of the agencies, no doubt for the television cameras, is the Senate committee given Heads of the affected agencies, the Deziani treatment introduced by the Senator David Mark’s 7th Senate.

Who knows, but given the precedent laid by the 7th National Assembly, the EFCC under Bawa, may like his predecessor, Magu, uncover evidence of humongous sleaze against these agencies.

Sleazes that escaped the supposedly 'eagle' eye of the Senator Adeola led committee.

Information in this email and any attachments is confidential and intended solely for the use of the individual(s) to whom it is addressed or otherwise directed. If you are not the recipient, you are hereby notified that any disclosure, copying, distribution or taking action in relation of the contents of this information is strictly prohibited and may be unlawful.