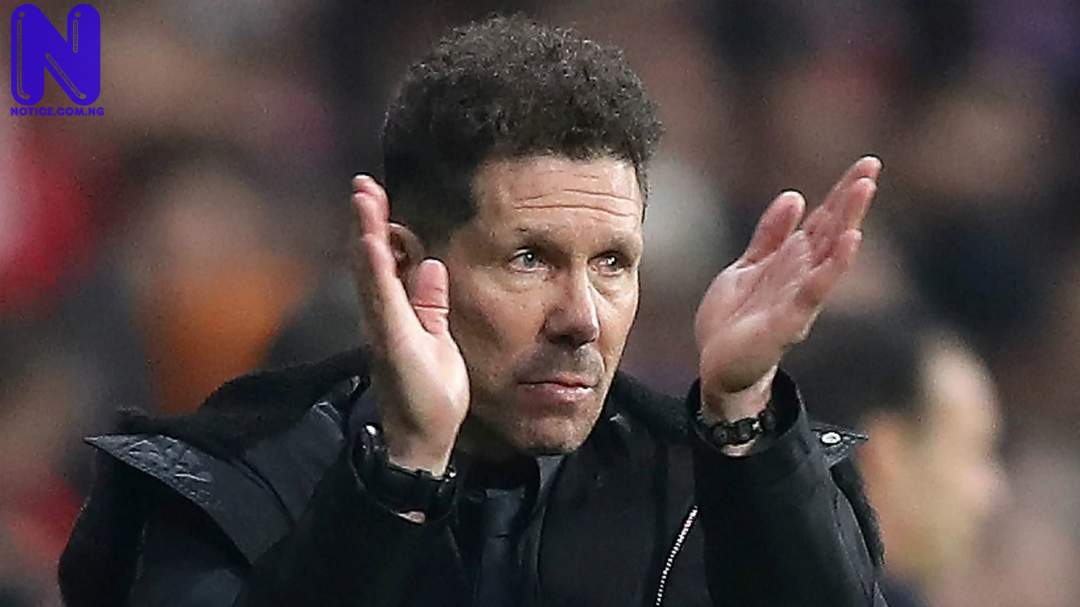 Atletico Madrid manager, Diego Simeone, has said his team gave everything in their 2-1 defeat to RB Leipzig in the Champions League quarter-finals on Thursday, but were overpowered by the Germans.
The LaLiga side went behind to Dani Olmo’s header, before Joao Felix equalized from the penalty spot.
However, Leipzig struck a late winner through Tyler Adams, to book their place in the semis against Paris Saint-Germain. https://Notice.Com.Ng.ng/2020/08/13/champions-league-rb-leipzig-to-play-psg-in-semi-final/
“I understand that they were much better than us, but we could give nothing more. We did not play as we wanted to, but we have to keep our heads up and prepare for next season,” Simeone told a news conference.
“We struggled to win the battles around the pitch and they were much faster than us. They committed more fouls than us and were very good at stopping us from playing, but we gave everything we had.”
He added: “We feel hurt because we have had a season with so much pressure, many injuries and a lot of uncertainties due to all the new players we brought in.
“We could have done better today and we wanted to go further in this competition but emotionally, in terms of preparation and the enthusiasm we had, I don’t have anything to complain about.”