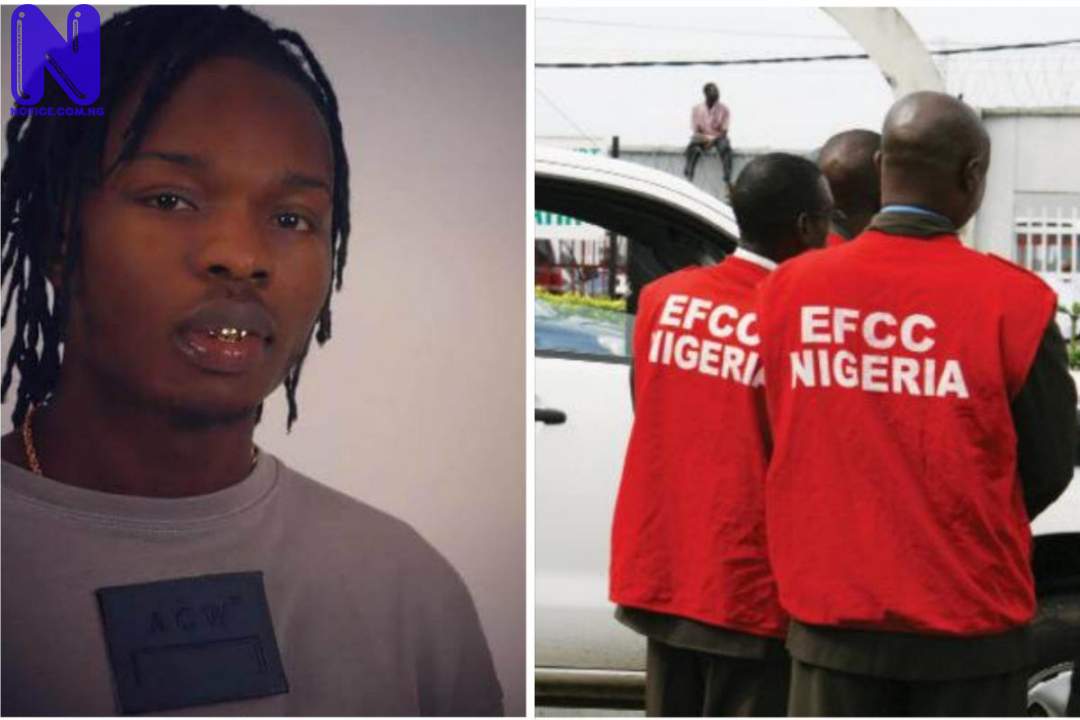 The Economic and Financial Crimes Commission, EFCC, on Tuesday prayed a Federal High Court in Lagos to order `a red bag’ belonging to popular Nigerian Musician, Azeez Fashola a.k.a Naira Marley, be removed from his possession in the dock.

The defendant had in a case preferred against him by the anti-graft agency entered the witness box with a long red bag, hanging across his left shoulder down to his right waist, NAN reports.

EFCC had preferred an 11-count charge against the musician bordering on conspiracy, possession of counterfeit cards and fraud.

Also mentioned in the charge is one Yad Isril, who is said to still be at large.

The “Am I a Yahoo Boy” musician, was arraigned on May 20 before Justice Nicholas Oweibo, in spite of that, denied the charges.

Following a bail application by defence counsel, Mr Olalekan Ojo (SAN), the court had granted Fashola bail in the sum of N2 million with sureties in like sum.

The trial of the defendant, which was earlier fixed for Oct. 21, was adjourned until today (Oct. 22).

Oyedepo urged the court to order the defendant to remove the bag in his possession from the dock.

As stated by Oyedepo, the defendant is expected to appear before the court “unfettered”.

Before the court could make any pronouncement, the defendant quickly removed the bag.

Meanwhile, trial in the suit could not proceed, following an application by defence counsel (Ojo).

Defence had urged Justice Oweibo to halt proceedings until a motion he filed this morning was determined.

In the motion, the defendant prayed the court to compel the EFCC to furnish him with the prosecution’s witnesses’ statements.

He prayed the court to hear his motion before the prosecution called its first witness.

But, EFCC counsel (Oyedepo) opposed the application for adjournment.

As stated by him, the prosecution is not in possession of the required document, adding that the defence is not entitled to the statements as of right.

In a bench ruling, in spite of that, Justice Oweibo granted the request by defence.

Ojo moved the motion and again, Oyedepo opposed him.

After hearing the motion, the court ordered the EFCC to provide the defence with its investigators’ statements, if any.

He adjourned trial until Oct. 23.

As stated by the charge, the defendant allegedly committed the offences on different dates between Nov. 26, Dec.11, 2018, and May 10.

The charge alleged that Fashola and his accomplices conspired to use different Access Bank ATM Cards to defraud their victims.

It said that the defendant allegedly used Access Card number 5264711020433662 issued to another person, in a bid to obtain fraudulent financial gains.

He was said to have possessed these counterfeit credit cards, belonging to different cardholders, with intent to defraud, which also amounted to theft.