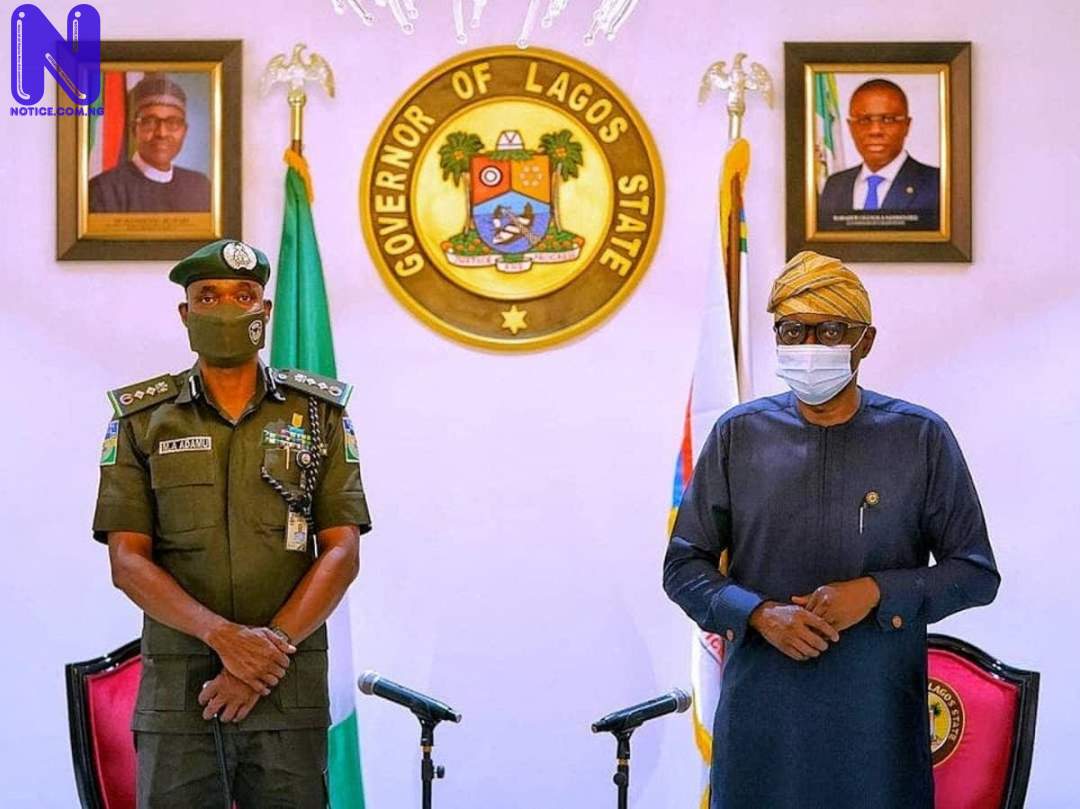 The Inspector-General of Police, Mohammed Adamu, on Tuesday, paid a visit to the Governor of Lagos state, Babajide Sanwo-Olu.
The meeting took place at the State House in Marina.
Adamu decried the damage caused by hoodlums who hijacked the End SARS protests last month.
Briefing reporters after the meeting, the IG of Police said he was in the state for an assessment of the police assets vandalized after the protest and to commiserate with residents.
In a statement entitled, ‘Sanwo-Olu Receives Police IG Over Coordinated Arson In Lagos’, Sanwo-Olu’s Chief Press Secretary, Gboyega Akosile, said the Governor commiserated with Adamu over the mob attacks on police personnel and burning of their stations.
“Sanwo-Olu intimated the IGP on the move by the state government to rebuild the razed police stations and offer scholarship awards to the children of the officers killed in the violence,” the statement read in part.
Akosile also quoted Adamu as saying, “Lagos was the epicentre where the End SARS protest took place and the number of destruction in the subsequent violence was more in Lagos than any other part. I came to commiserate with the Governor and people of the State. The destruction they suffered was uncalled for.
“The second leg of my visit is to see the police stations destroyed and boost the morale of our men in Lagos. We don’t want them to be demoralised by the event in which they suffered personal attacks. Policemen are trained to take such pain. Now that the event has happened, it shouldn’t discourage us from performing our constitutional duties.”