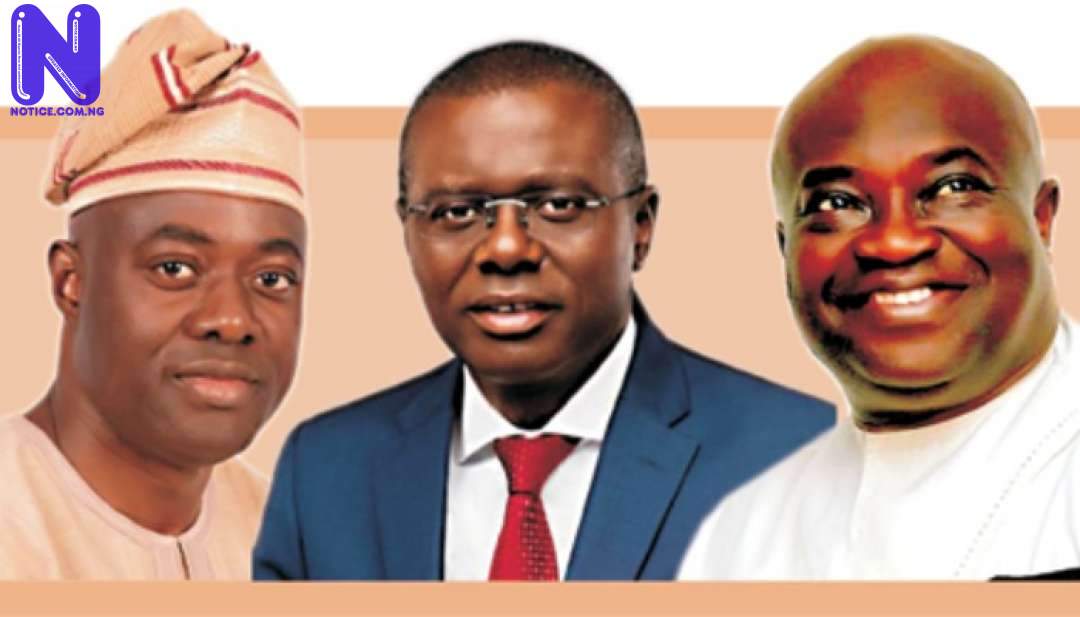 The Nigeria Governors’ Forum (NGF) on Wednesday met with the World Bank to review the bank engagements in the country and at sub-national level.

NGF Chairman and Governor of Ekiti State, Dr Kayode Fayemi disclosed this while addressing newsmen after the meeting that was held in Abuja, NAN reports.

Fayemi said that the World Bank had been a major partner of the forum in the development programmes of all the states.

He said that the governors at the meeting looked at its engagements with the bank, especially subsisting portfolio and reviewed things that they were doing right.

He said that the meeting also reviewed thing the Governors needed to improve on and how they needed to accelerate deployment of resources available within the portfolio for states.

As stated by him, the bank is spending somewhere in the region of $4 billion in states. Some of our states are benefiting from a range of grants, even loans on the basis of the bank’s investments in our states.

“These are with long term moratorium and with low interest over a long period of time to offset those loan portfolios.

“I don’t know of many developments partners that have programmes in 36 states, the world bank does,” he said.

Fayemi said that the bank had extensive discussion on how to improve on existing relationship and how to build on those projects that had transitioned from one governor to the other.

As stated by him, it is absolutely important that we treat government as a continuum and address whatever gaps existing without throwing the baby away with the bath water.

He said that the NGF also proposed a range of suggestions, which the bank had taken up and would be implementing in order to improve the relationship the governors and the bank had built over the years.

As stated by him, there is a question of course of also not having enough resources and the need to expand the lending portfolio from what it is now, both to the federal government and the sub-national entity.

“It is absolutely important that those vehicles are not closed because if we can borrow from the world bank at one per cent interest it is always going to be better for us than for us to be borrowing at 25 per cent commercial lending rate.”

Fayemi described World Bank as a critical partner that the governors really needed to work with in order to improve quality of life and living conditions of Nigerian People.

Fayemi assured the World Bank that its fund would be judiciously utilised, adding that the NGF was returning its Peer Review Mechanisms programme as a way of strengthening peer learning.

On his part, the World Bank Country Director in Nigeria, Rachid Benmessaoud, said the bank’s mission in the country was to fight poverty and build prosperity.

“Our priorities, during our engagement with the governors was around investing in human capital, investing in people to have access to basic education, health services, social protection.

“in spite of that, we do recognise that the development challenges also require investing in infrastructure and filling the large infrastructure gaps.

“We want to make sure that those infrastructure gaps are filled by bringing more of the private sector that will create the physical space for governors to invest in human capital including financing from development partners like the World Bank.

” But most importantly to increase the domestic revenue mobilization for providing primary spending on the social sector,” he said.

“Like the chairman has said, better education, reducing the number of out of school children, the states fiscal performance, providing basic primary healthcare, a range of activities already implemented.

“We want to make sure that the new governors, as well as the returning governors, are well aware of the programmes being implemented in their respective states and what it will take for them to accelerate pace of implementation.

“We discussed around coordination mechanism, the alignment between projects funded by the World Bank and the state development plans.

“We discussed ways of ensuring that the funding provided by the World Bank are used for the intended purposes, how the governors can engage with the bank, accessed funds in the bank which they can benefit from,” Benmessaoud said.