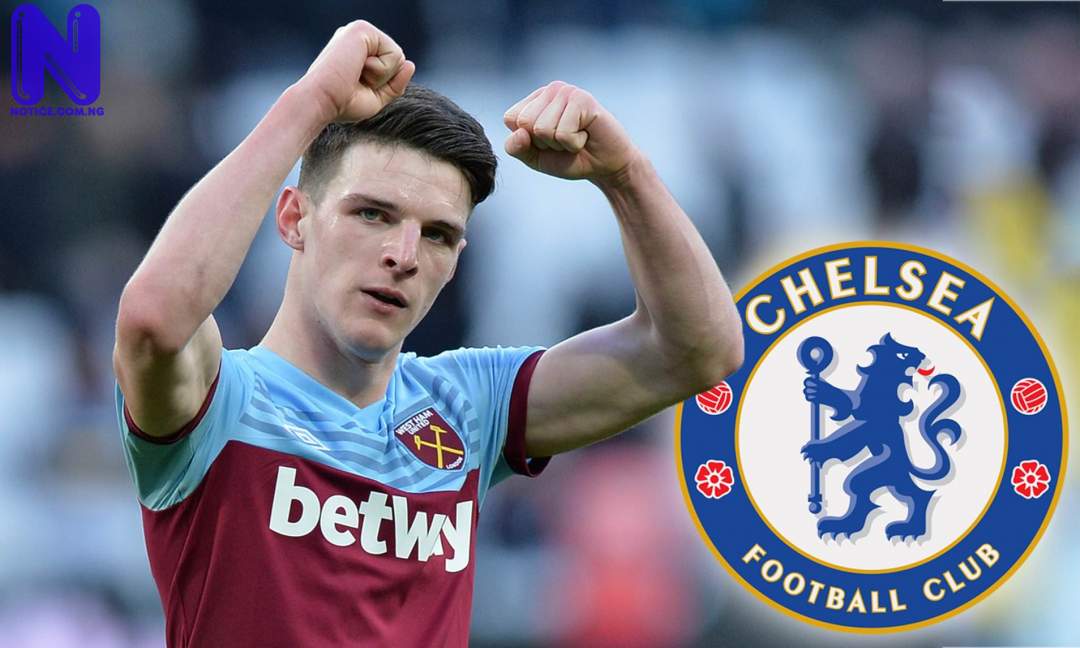 Chelsea are currently in talks with West Ham United to sign their midfielder, Declan Rice this summer.
The Blues are ready to offer West Ham €45 million in a bid to land Rice, 21, at Stamford Bridge.
However, if both clubs reach an agreement for Rice before the transfer window closes next month, Frank Lampard’s side will offer the England international a five-year contract that will see him stay at the West London club until 2025.
This was made known by respected sports journalist and transfer expert, Nicolo Schira.
Schira disclosed this in a tweet via his official Twitter handle on Friday morning.
“Chelsea are in talks for Declan Rice,” Schira tweeted.
“Blues are ready to offer €45M to West Ham to sign the midfielder.
“If two clubs reach an agreement, Rice will sign a 5-year contract.”
Press recalls that Rice who has a reported price tag of around £75 million, had drawn the interest of Chelsea in the past few weeks.
Chelsea could face competition from Manchester United for Rice’s signature.
Rice began his career at Chelsea, but the latter joined West Ham after he was let go by the Premier League giants as a teenager.