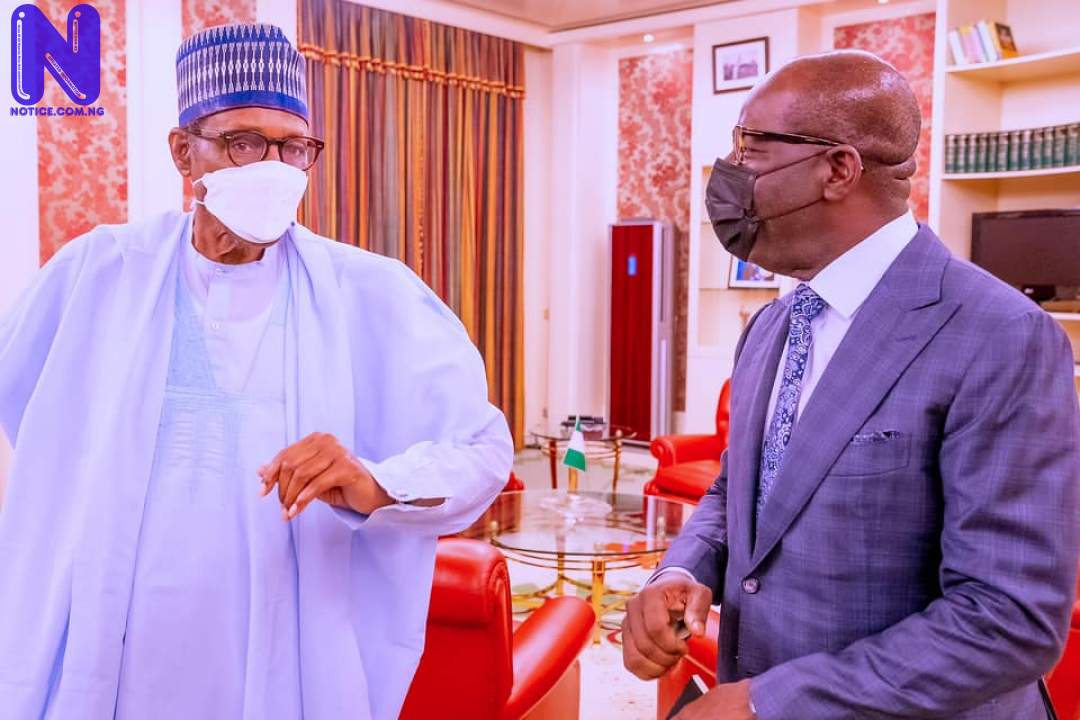 Governor Godwin Obaseki of Edo State has called for the full implementation of the National Livestock Transformation Programme (NLTP) to address the problem of clashes between farmers and herders.

The governor made the call when he addressed State House correspondents after a with President Muhammadu Buhari at the Presidential Villa, Abuja, on Wednesday.

Obaseki said that the people of Edo State had resolved that ranching was a private business and should be treated as such.

He said: "Our people say that as far as they are concerned, ranching is a private business just like every other agricultural venture, therefore, those involved should provide the land.

"As you already know, it is expensive to run and manage ranches.

"So I came to discuss with the President that since the people of Edo would rather invest privately.

"Then, the National Livestock Transformation Programme, which is now being implemented by the Federal Government, should acknowledge our model.

"It should also be able to help Edo people benefit from the funding that is now being made available for people who want to go into the livestock business and have made investments in ranches and other similar livestock programmes,".

According to Obaseki, the state government is yet to promulgate a law banning open grazing because it sees the venture as private business.

"As you know, most Southern States have passed laws relating to open grazing but Edo State has not. Because we want to ensure that whatever laws we pass are laws that we can enforce.

"We have had extensive consultations with our people to deal with the issue that yes, we do not want open grazing because it is out modelled and out dated; in spite of that, what are the options?

"If we are asking that we should now have ranches and these cows should be constrained to specific areas such as ranches, then who provides the land?," he queried.

On politics, Obaseki commended the Senate for joining their House of Representatives counterparts in approving the transmission of election results electronically.

He said: "Definitely if not for God and the technology utilised by INEC, I may not be governor today.

"So, I am one of those people who believe that we should not have elections in this country, going into the future, without transmitting results electronically from the polling units.

"Because, for elections to be credible, they have to be seen as transparent and once you have voted, you should be sure that your vote will count."

He maintained that the Independent National Electoral Commission (INEC) had the capacity to transmit results electronically.

"With technology today, it is possible and INEC has shown it that from my election, that as soon as you voted and the results are counted in the polling unit, then that result should be made available, such that you already know what would be collated at the ward collation point.

"What has happened in many cases in the past is that people go and vote. The votes are counted in the polling unit but by the time it gets to the collation point, it changes.

"But this time around, because of the transparency, everybody will see and know what is expected at the collating point.

"That is what happened during my election and I am a very strong advocate for electronic transmission of results during elections,'' he said.

The governor thanked Buhari for his support in ensuring the return of Edo's stolen artefacts to the state from foreign lands.