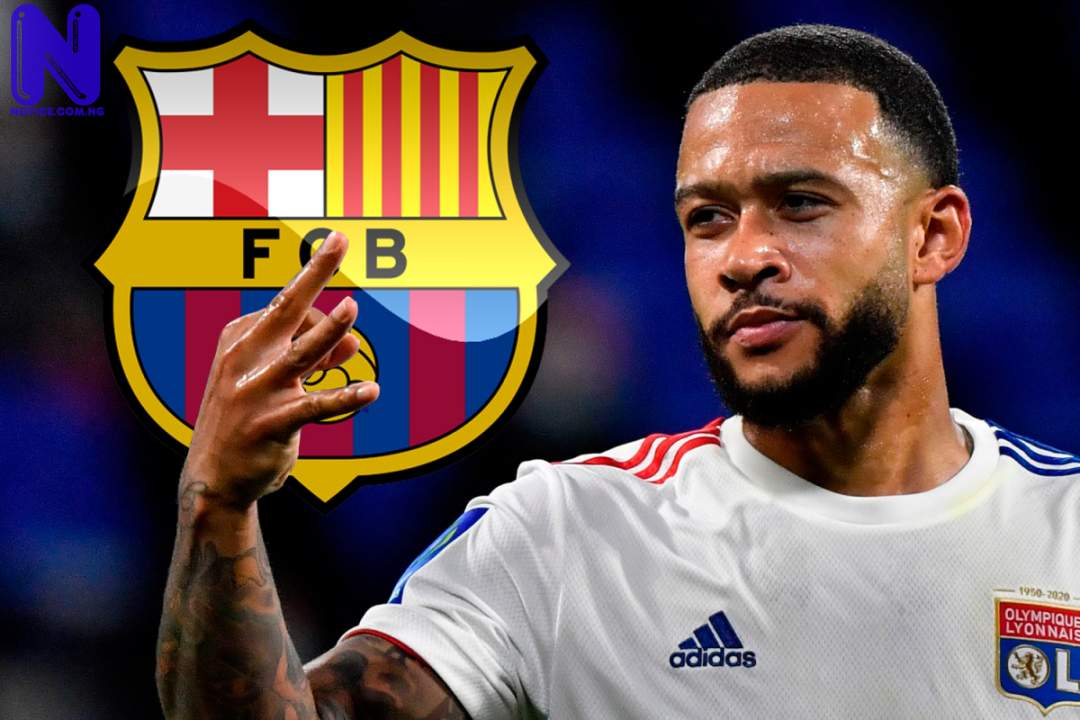 Barcelona have agreed a £28m deal with Lyon for Memphis Depay, As stated by SportsMail.
Ronald Koeman has been keen on bringing in the 26-year-old, who he knows very well from his time in charge of the Dutch national team.
Depay is set to travel to Spain in the coming days to complete a medical and should be officially unveiled later in the week.
It could mean that Depay might be available for Barca’s opening game of the LaLiga season, which is on September 27 against Villarreal.
The Catalans are hoping to bounce back after a disastrous season, where they finished trophyless.
Barcelona lost the league title to their biggest rivals Real Madrid and were humiliated 8-2 by Bayern Munich in the Champions League..