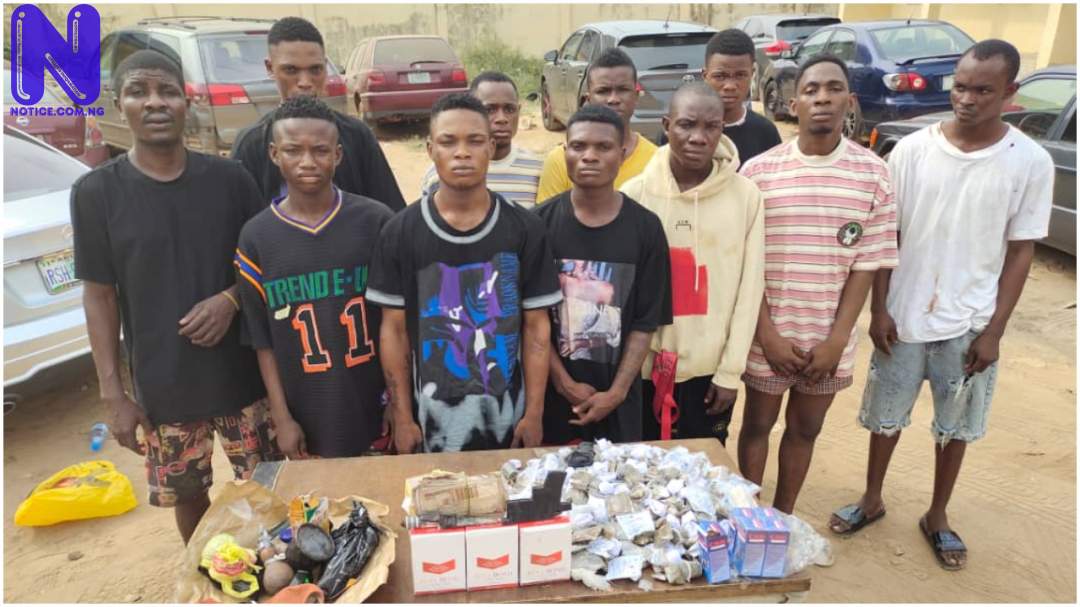 DSP Edafe said the suspects were arrested during a raid of black spots in the Community.

He said, “A fabricated wooden gun, six hundred and forty eight wraps of weed suspected to be Indian hemp, one used female pant, various charms, one knife, sixteen bottles of codeine, ten packs of razlers, one grinder used in grinding weeds and the sum of sixty-nine thousand (#69,000) were recovered from the suspects.”

He noted that, “Investigation is ongoing.”

DSP Edafe said the Commissioner of Police Delta State, CP Ari Muhammed Ali has mandated all Area Commanders, DPOS, Tactical Commanders to sustain the tempo and ensure that continuous raids of black spots are carried out within their area of responsibilities.

According to him,”The CP also urged parents and guardians to caution their wards to desist from buying, selling or taking hard drugs as whoever is caught will be arrested and prosecuted.”