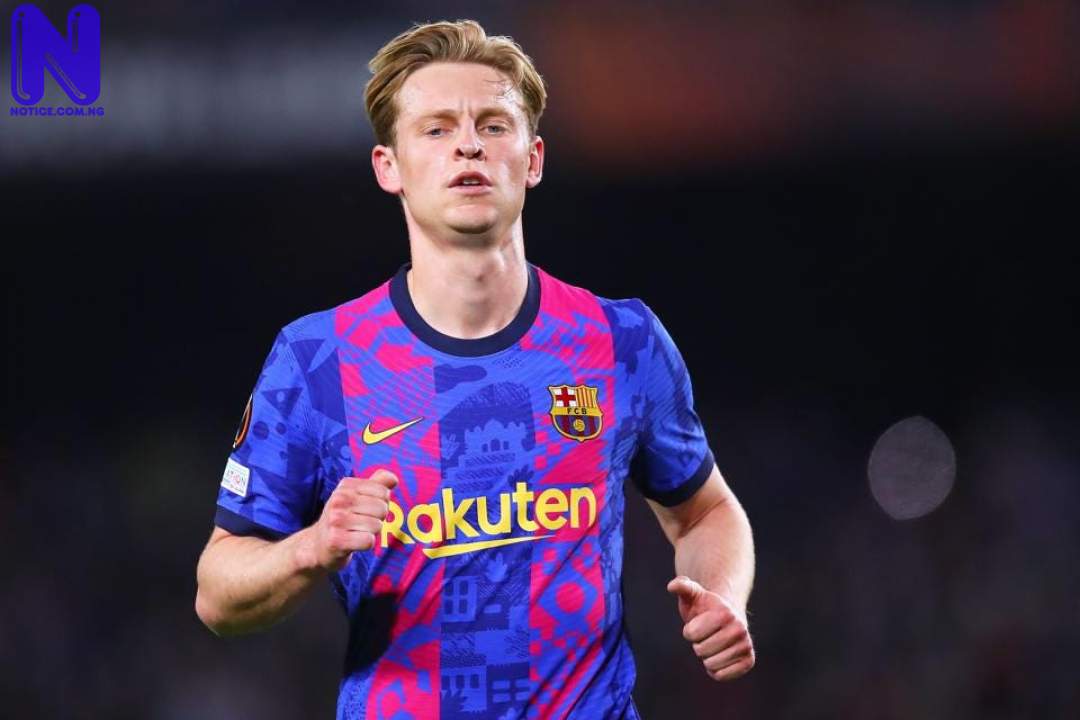 Barcelona midfielder, Frenkie de Jong has turned down a move to Chelsea despite speaking on the phone with Chelsea co-owner, Todd, Boehly, As stated by Relevo.

Boehly spoke directly with De Jong over a potential move to Stamford Bridge but did not get the response he was hoping for.

The Blues are trying to land the 25-year-old ahead of their Premier League rivals, Manchester United.

DO YOU KNOW >>> Club Brugge will make me better – Onyedika - UCL

However, the Ex-Ajax playmaker has little desire to leave Spain and has already rejected a move to Old Trafford despite United agreeing a £73million fee.

Chelsea were thought to have a better chance of convincing De Jong, as they will be playing in the Champions League.

However, the player has once again rebuffed a move to England after speaking to Chelsea chief Boehly in recent days.