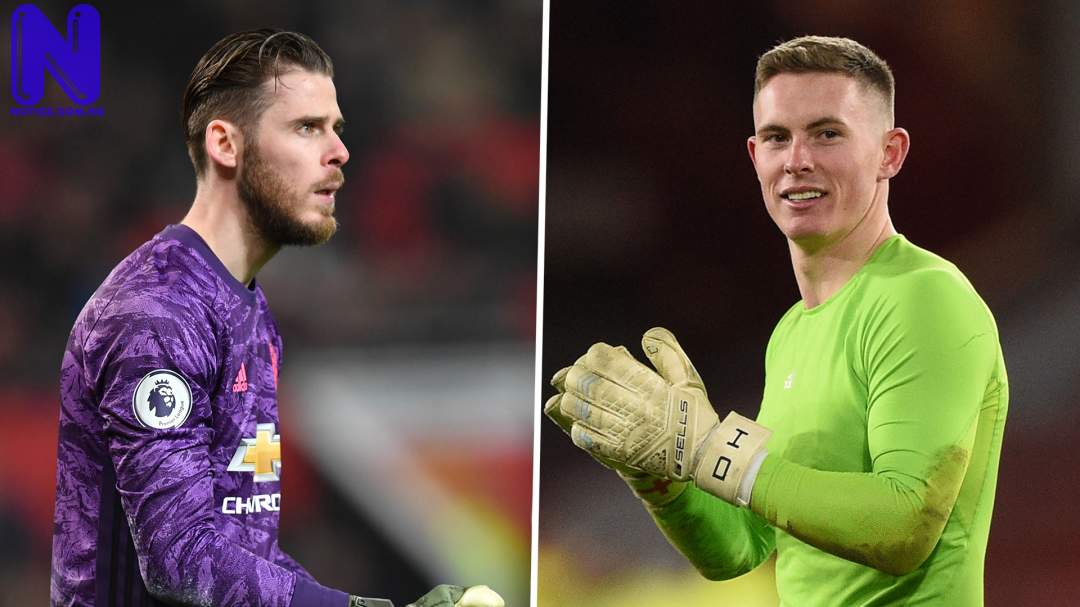 Manchester United manager, Ole Gunnar Solskjaer, has told David De Gea he is in a battle with Dean Henderson to be the club’s long-term No.1 goalkeeper.
De Gea has been Solskjaer’s regular first-choice for much of the season.
But the Spaniard has lost his place to Henderson after flying home to attend the birth of his child.
Henderson was selected for the 2-1 victory over Brighton on Sunday, with De Gea forced to watch from the bench.
“When you are a part of Man United there is always going to be players coming in that don’t just come to fill the bench,” Solskjaer told a news conference on Wednesday.
“David has had 10 fantastic years at Man United and he’s had, challengers. Of course, they want to play. Sergio [Romero] probably played fewer games than he deserved, Dean has come in and given it his all because everyone wants that place in the team. David does as well and it’s a healthy competition.
“If it’s Dean or David, I’m very comfortable with both of them to play and I’m very happy that none of them is happy to not play.”