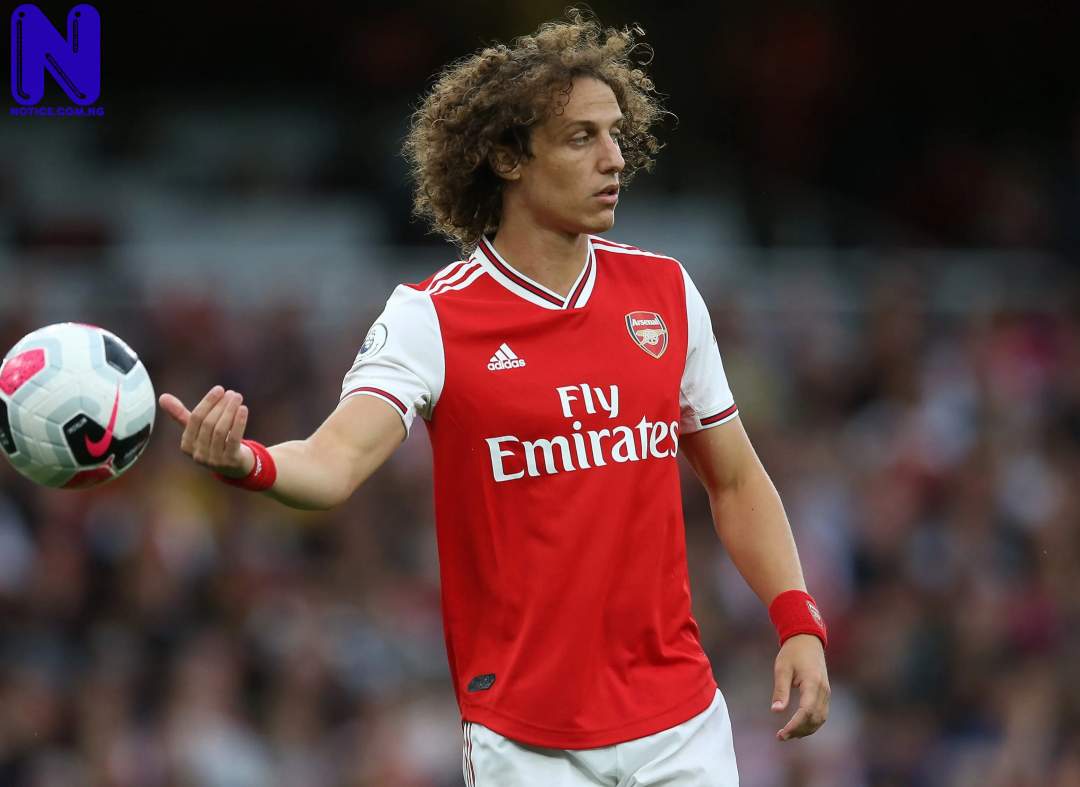 Arsenal defender, David Luiz, has debunked reports of an outburst with manager, Mikel Arteta, following the Gunners’ Premier League 1-0 home defeat to Burnley on Sunday night.
Arsenal slid to their fourth consecutive defeat at Emirates Stadium in the Premier League as captain, Pierre-Emerick Aubameyang’s own goal gave Burnley all three points against Arteta’s men.
After the game, a report had claimed that Arteta was no longer on speaking terms with Luiz, adding that the relationship between the duo has “soured” over recent weeks.
But Luiz’s camp has now strongly denied the claims of a rift with Arteta.
A representative for the Brazilian centre-back was quoted by Metro UK as saying: “David Luiz strongly denies this story about him and Arteta and insists he has a good relationship with Arteta and wishes nothing but success.”
Meanwhile, Arsenal has since released a statement to deny any fall-out between both men.
“Arsenal has denied that there have been any issues between Mikel Arteta and David Luiz,” Arsenal’s statement read.

READ ALSO >>> Why Willian, David Luiz, Gabriel Magalhaes have been left out - Arsenal versus Chelsea