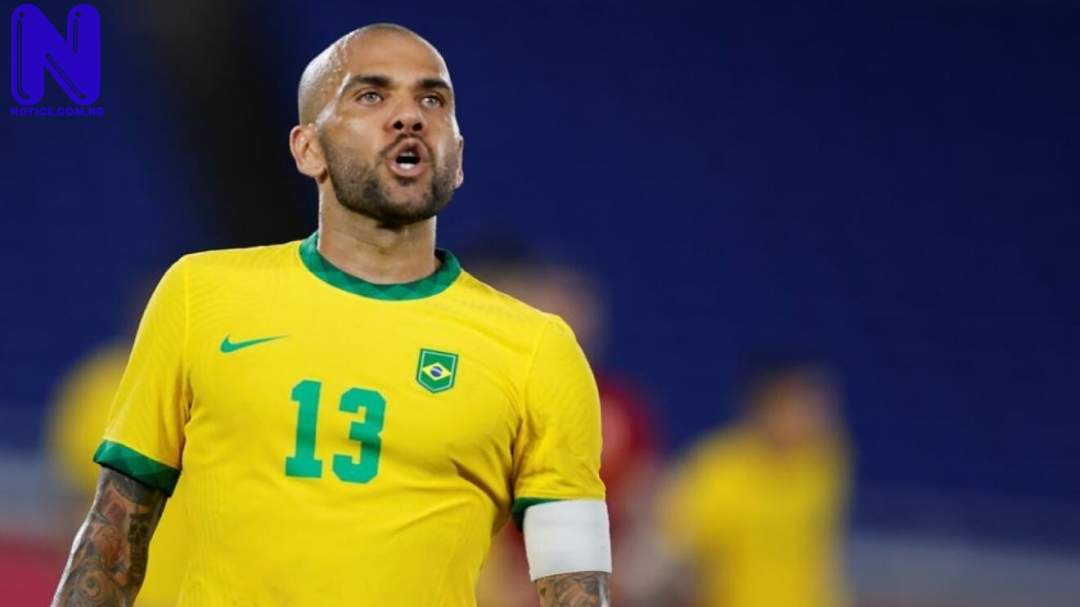 Dani Alves’ ex-wife and mother of his children, Dana Dinorah, has confessed that it is not an easy situation for anyone around the Ex-Barcelona defender.

The arrest of Alves on allegations of rape has caused an earthquake at many levels, from soccer to politics.

It has also generated a myriad of reactions as his family is affected.

Recall that Alves was arrested on Friday in Barcelona after it was alleged he assaulted a woman in a nightclub bathroom.

The 39-year-old denied committing the offence when he spoke to Spanish broadcaster Antena 3 earlier this January.

The Brazilian, who has also played for Juventus and Paris Saint-Germain, gave a statement to the Mossos d’Esquadra police force on Friday before the public prosecutor’s office requested that he should be detained and not granted bail.

Speaking on the development, Dinorah defended her Ex-husband, insisting that the player’s family is overwhelmed because they cannot access him.

“I have not had access to him. I know he’s sad, but he’s fine, and I’ll do whatever it takes to help him,” Dinorah told Telecinco. “It’s a shock, and for my children, who are teenagers and are having a very hard time.

“His family is overwhelmed because they want to see him and they can’t access him. His lawyer tells me she is working on the case.”

She added, “Dani would never, ever, ever do this. I’m telling you because I’ve known him for 22 years and I have been married to him for 10. I think it’s a nightmare and it can’t be happening.”