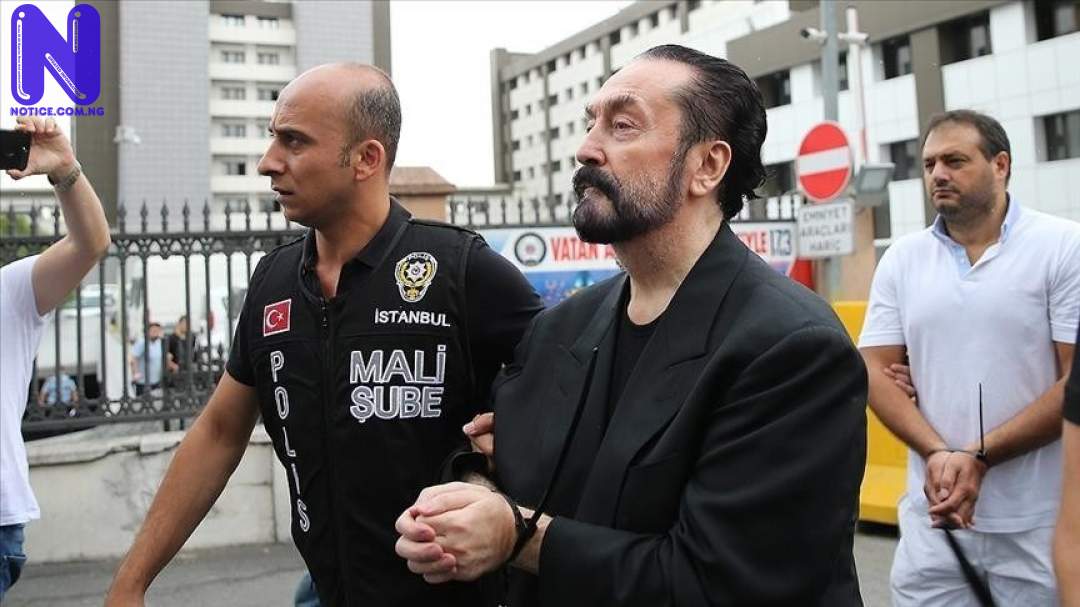 A Turkish Court on Monday sentenced cult leader Adnan Oktar to 1,075 years in prison for sex crimes.
Oktar is the head of cult prosecutors consider a criminal organization.
The 64-year-old and dozens of his followers were arrested in nationwide raids in 2018.
His preaching were controversial, while women he called “kittens” danced around him in the TV studio.
NTV reported that Oktar was found guilty of sexual assault, sexual abuse of minors, fraud and attempted political and military espionage.
The convict told the judge in December that he had close to 1,000 girlfriends.
“I am extraordinarily potent”, Oktar boasted at a hearing.
In October, he said: “There is an overflowing of love in my heart for women. Love is a human quality. It is a quality of a Muslim.”