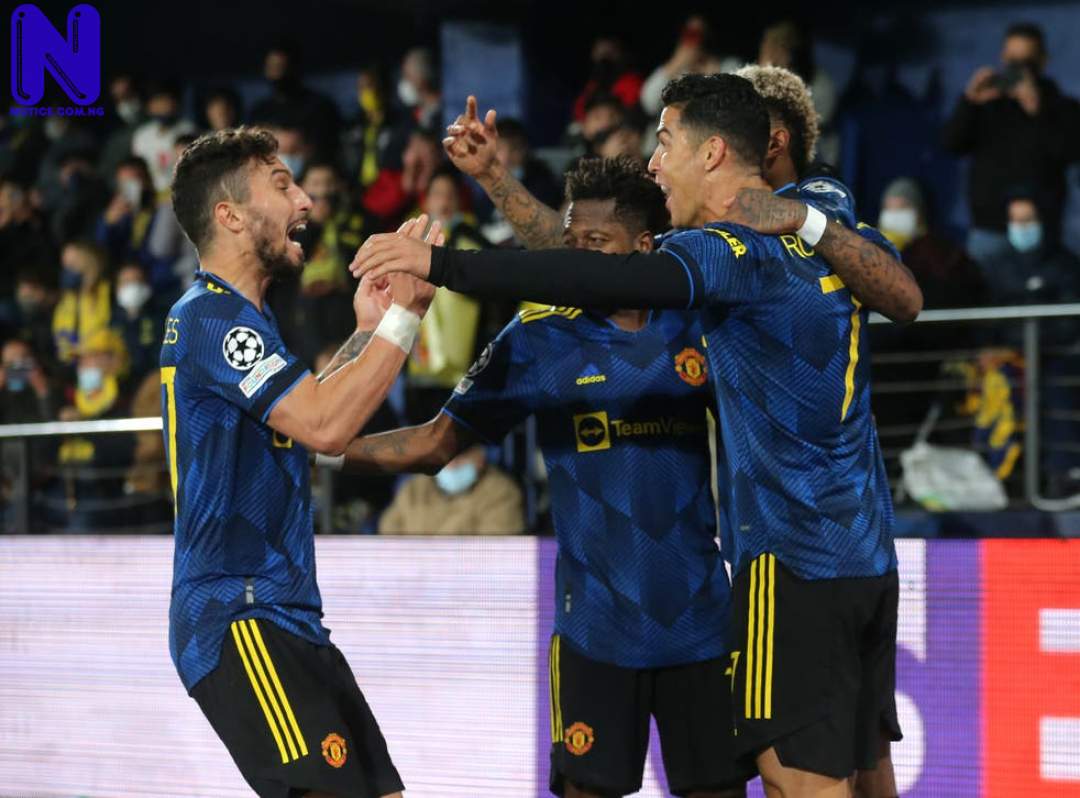 Man United in Spain, thanks to second-half goals from Ronaldo and Jadon Sancho.

Reacting, Ronaldo, who became the first-ever player to score in each of an English club's first five matches of a single European Cup/Champions League season (excluding qualifiers), after Man United's win over Villarreal, urged his teammates never to stop fighting.

The Portugal captain also congratulated Man United players for putting the club where they belong after beating Villarreal in Spain.

The Ex-Juventus star wrote on Instagram after the game, "Always great to play in Spain, amazing to win in Spain, satisfying to score in Spain, a country where I always felt special…

"Congrats to the lads for a great victory that puts us where we belong! We are Man. United and we will never stop fighting for this club! Let's go, Devils!"

On his part, Pogba, who is currently sidelined with a thigh injury sustained on international duty with France, posted on Instagram, "Well done boys," alongside a picture of the Man United squad at Villarreal.

Pogba is expected to return to action for Man United in January.

READ ALSO >>> Scholes, Ferdinand agree on who should become Man Utd next manager after win over Villarreal - UCL