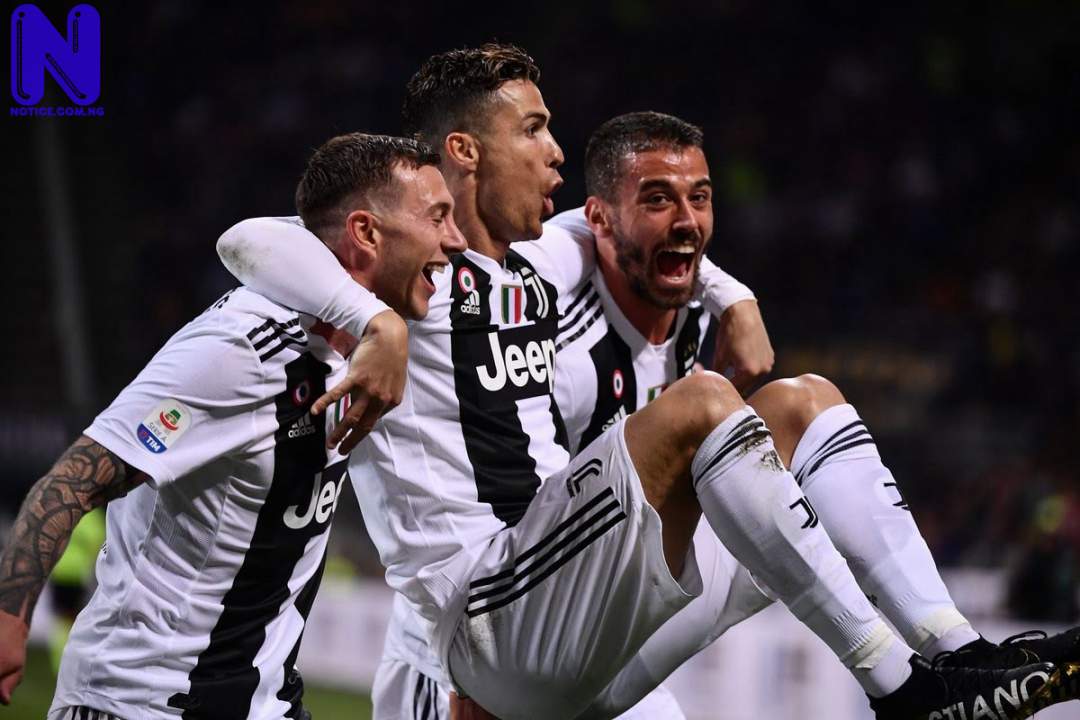 Juventus forward, Cristiano Ronaldo, on Tuesday night, made football history in his side’s Coppa Italia semi-final first leg 2-1 victory over Inter Milan.
Ronaldo’s brace against Inter Milan gave Andrea Pirlo’s men an edge ahead of the second leg semi-final tie next Tuesday in Turin.
Lautaro Martinez did score a goal for Antonio Conte’s men at San Siro.
Ronaldo’s two goals against Inter Milan means the Portugal captain now stands alone as football’s most prolific goalscorer, Marca reports.
The Ex-Manchester United and Real Madrid star now have 763 career goals, a figure that beats the 762 of Josef Bican and Pele.
Bican and Pele’s records have been disputed, but there’s no confusion over Ronaldo’s goals.
Ronaldo netted 5 goals for Sporting, 118 for Manchester United, 451 for Real Madrid, 87 for Juventus and 102 for Portugal.
However, various sources give Bican up to 805 goals, but Marca has only counted goals in the professional or similar category.
Romario has 740 goals, while Barcelona’s Lionel Messi has scored 720 goals to make the top five list.
Ronaldo’s position in the history books is secured As stated by their records, for now at least.
The Juve number 7 will now hope to continue his impressive display for the Old Lady when they take on Roma this weekend in a Serie A fixture.