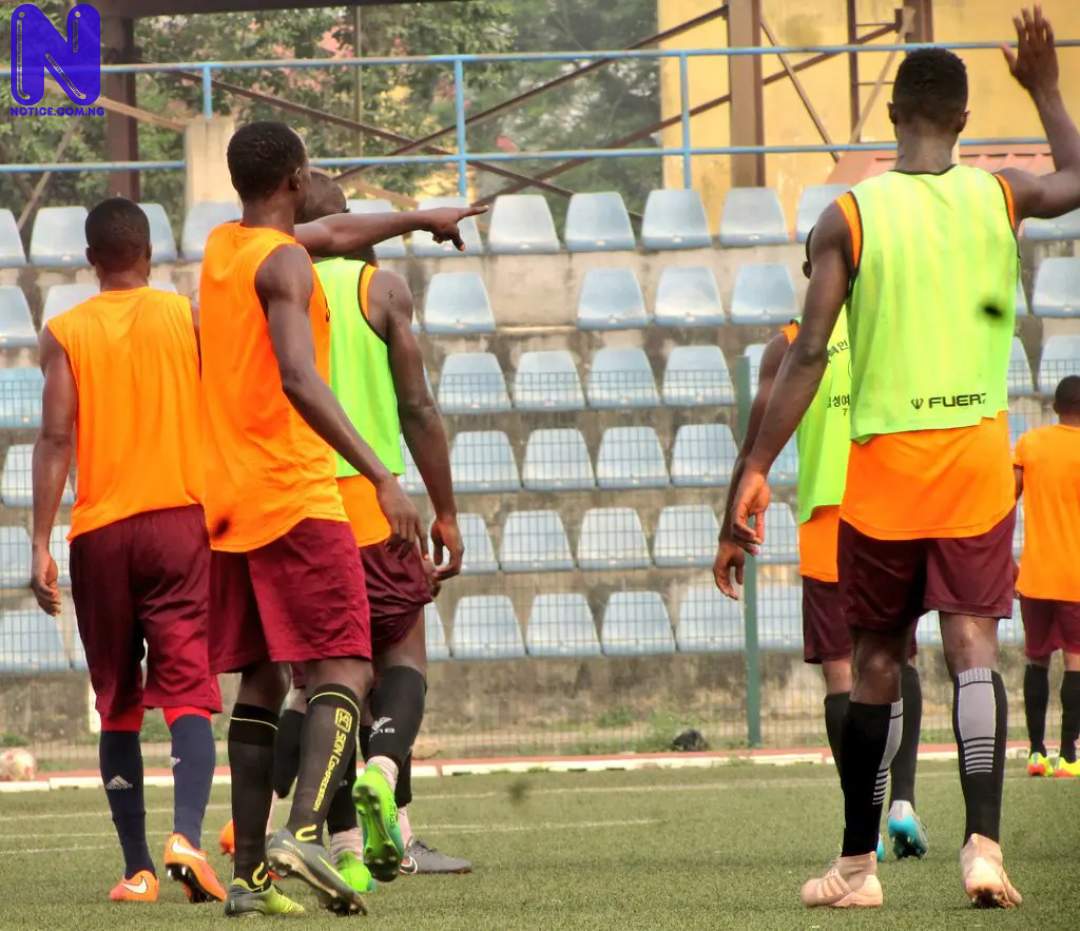 The training session of Sunshine Stars was on Tuesday disrupted by Ex-players of the club, as well as ex-players of the Ondo State Football Agency female and feeders team, Sunshine Queens, Rising Stars and Rising Queens.

The Ex-players who invaded the pitch of the Ondo State Sports Complex while players of the Sunshine Stars Football Club were training ahead of their next Nigeria Professional Football League, NPFL encounter, cried out over the nonpayment of their sign on fees.

The ex-players who were armed with placards with various inscriptions like, ‘no more stories’ ‘give us our money’; chased the players out of the playing turf as they accused the government of continuous neglect.

A Ex-Sunshine Queens player, Esther Michael lamented that when she got injured while playing for Sunshine Queens, she was abandoned to her fate by those at the helms of affairs in the agency.

Michael added that after the injury five years ago, she had been jobless and there was no help from the management of the Ondo State Football Agency, ODSFA.

“Almost five years, which I have been injured and I spent all my last kobo to treat my injury, till now, that was what cut my career short, since then, I have no job, some people have died, because of this money.

“We are making an appeal to Ondo State government to help us out. December has come and most of us, our parents are in the hospital.

“I played almost 5 years for this team, the injury, I had, government and management didn’t help me, they should pay us our money,’’ she said.

Also, Ex-Sunshine Stars Midfielder James Moses said government should be committed to the agreement it signed with the players and pay them their sign on fees.

Moses, popularly called ‘Okomu’ in his playing days, said the love the Ex-players had for the team would not allow them take legal action against the team.

He said the team gave him first premier league experience and was proud to be among the first set of players that played on the continent for the team.

Moses, in spite of that, called for the intervention of Gov. Oluwarotimi Akeredolu to intervene in the matter so that the ex-players would be happy.

“The state has been owing us our sign on fees, we have been begging for them to pay us, Sunshine was my first club, I love Sunshine so much, I want them to pay us our money that is due to us.

“I have worked for the glory of this state, there are clubs that had not played on the continent, and we are the ones that did that, we are begging for our money, we don’t want to hamper the progress of the team.

Reacting to the development, Tajudeen Akinyemi, Chairman Ondo State Football Agency, said the previous government had agreed to pay the money in 15 instalments and was only able to pay eight.

Akinyemi said the file for the remaining seven months had been taken to the Head of Service who had raised the issue with the Governor of the state.

He promised that government would accelerate action on the file to ensure that the Ex-players were paid.