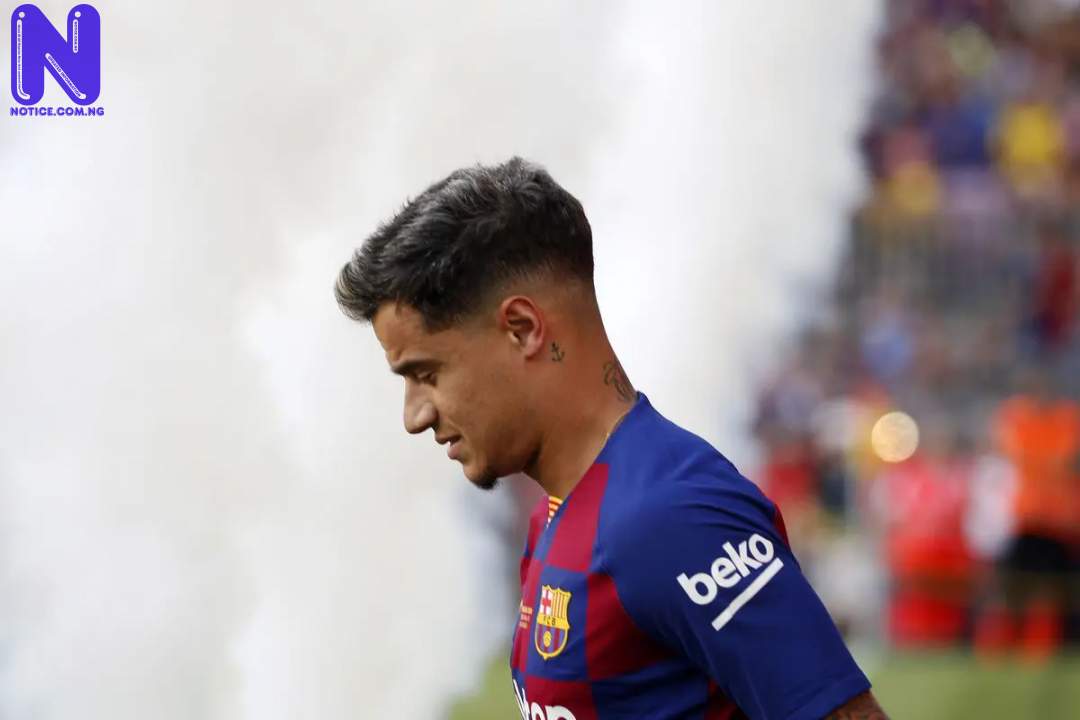 Barcelona midfielder, Philippe Coutinho, has admitted there is tension within the squad.
The LaLiga giants have made a poor start to the 2020/2021 season and currently occupy the ninth position.
Barca have two games in hand on most teams, but have suffered four defeats already in their first 10 matches.
Captain Lionel Messi has not been his usual talismanic self, Gerard Pique is out for several months through injury and recently appointed manager Ronald Koeman is struggling to unite a club in decline.
Speaking ahead of Tuesday’s mouthwatering clash with Juventus in the Champions League, Coutinho opened up on the atmosphere inside the club.
He told Marca: “The coach has changed, the players, it’s all part of the process of renewal, we have to be patient and we have to make everything work in the best way possible.
“I know the performance hasn’t been what’s expected, being Barcelona there’s a lot of tension, what I can say is that I’ve worked mentally to be good.
“Even more so coming from a defeat, you’re more hungry to get back onto the pitch and show our strength.”

READ ALSO >>> Griezmann, Coutinho to get pay cuts at Barcelona