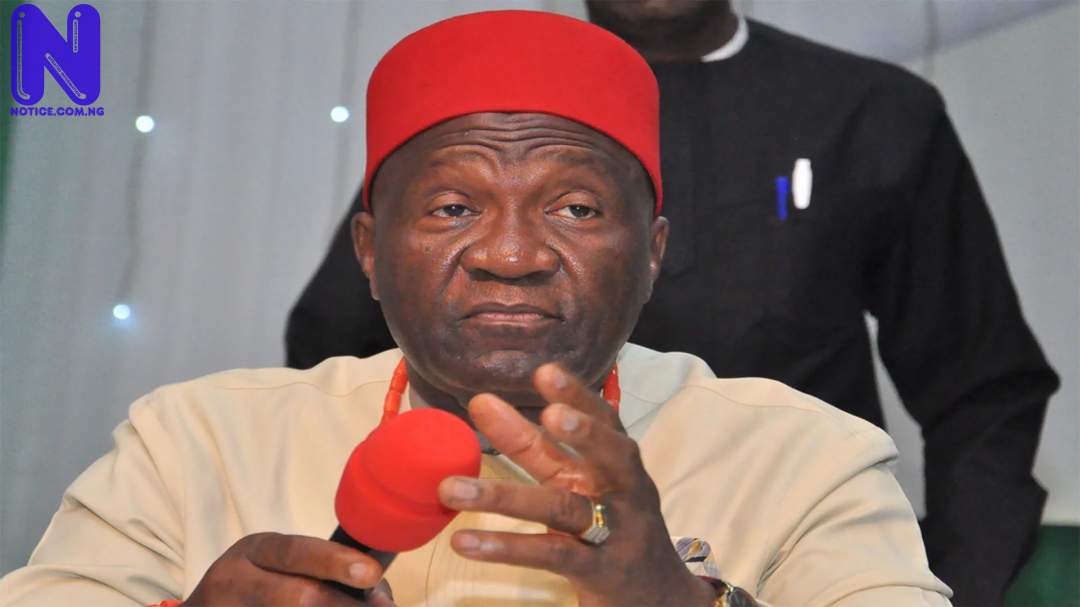 Four days to the National Election of the apex Igbo socio-cultural organization, Ohanaeze Ndigbo, the exercise has taken a different dimension.
This is as the Secretary-General of the Igbo organization, Barr. Uche Okwukwu has dragged the President-General, Chief John Nnia Nwodo to court, seeking to stop him from conducting the exercise.
The tenure of the current Ohanaeze Executive is expected to elapse this January.
Nwodo is the sole defendant in the suit, in his capacity as the President-General of Ohanaeze Ndigbo.
Okwukwu has been at loggerheads with Nwodo, leading recently to the inauguration of parallel Ohanaeze Election Committee.
He is, in spite of that, claiming that the Ime Obi meeting of Ohanaeze where the Nwodo-leadership inaugurated an election committee was null and void as the latter had no powers to summon such a meeting.
The Secretary-General has now approached the court insisting that the committee he set remained the only body legally empowered to go ahead with the election.
Apart from praying the court to stop Nwodo’s committee from going ahead with the election, he is also seeking the sum of N50,000,000 (fifty million naira) as general damages.
In a court process filed before an Umuahia High Court and made available to Press, he is seeking an order of Court “setting aside any decision taken by the Defendant and the members of Ohanaeze Ndigbo at the Ime Obi meeting on 20th day of December, 2020, as being nugatory, null and void and of no effect whatsoever, same having not been summoned by the plaintiff in accordance with the provisions of Article 11 of the Ohanaeze Ndigbo Constitution.
In the suit No HU/2021, Okwukwu is seeking “an order of court validating the Ime Obi meeting of 31st day of December, 2020 in Owerri and properly summoned by the plaintiff in accordance with the Constitution and all the decisions reached therein as valid, authentic and subsisting.
“An order setting aside the purported Electoral Committee set up by the defendant without due process.
“An order of the honourable court validating the Electoral Committee headed by Prince Richard Ozobu as the authentic one.
“An order of perpetual injunction restraining the defendant, his agents, privies and servants from summoning any meeting of the National Executive Committee, NEC, Imeobi and National General Assembly or any other meetings at all without the knowledge of the plaintiff pending the hearing and determination of this substantive suit.”