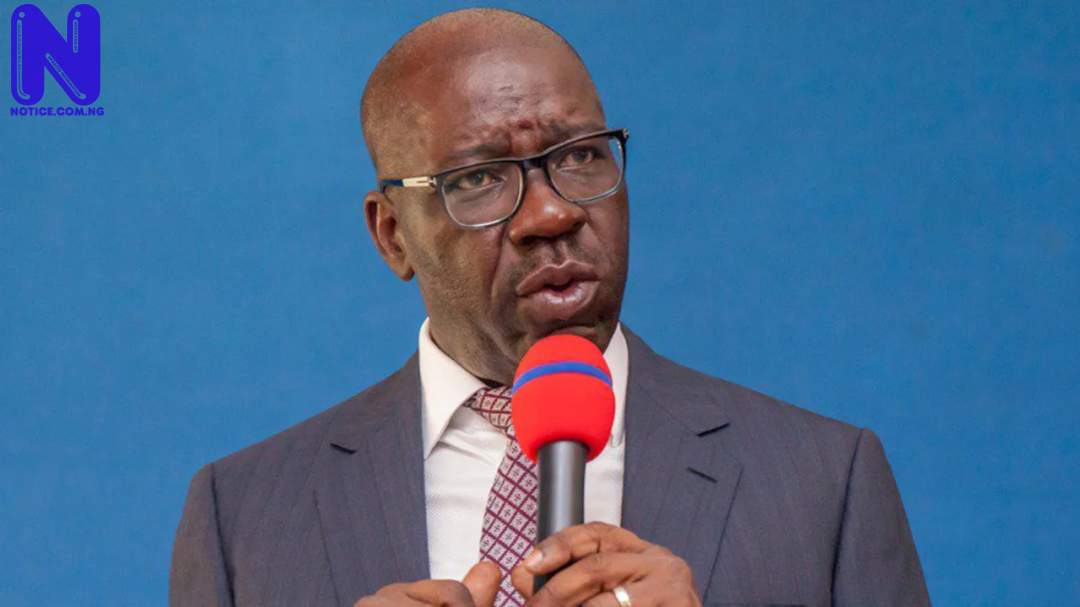 Edo State Governor, Godwin Obaseki, the All Progressive Congress (APC) and the Peoples Democratic Party (PDP) will on January 9 know their fate in a suit seeking to remove Obaseki from office.
The APC and a chieftain, Williams Edobor, want the governor kicked out for alleged certificate forgery.
Justice Ahmed Ramat Mohammed of the Federal High Court, Abuja, fixed Saturday for judgment after lawyers to the parties adopted their written addresses.
The plaintiffs dragged Obaseki to court for allegedly forging the University of Ibadan (UI) degree certificate he submitted to the Independent National Electoral Commission (INEC) ahead of the September 19 governorship election.
In the suit filed on July 14, 2019, they prayed the court to rule that the Edo helmsman and his party were unfit to contest.
In adopting his written address, Obaseki’s lawyer, Ken Mozia (SAN) urged the court to throw out the plaintiffs’ case on the grounds that they woefully failed to prove their allegation.
PDP’s lawyer, Mr Rasaq Isenalumhe prayed the court to dismiss APC’s suit for being incompetent and unmeritorious.
INEC’s lawyer, Mohammed Bawa informed the court that the electoral umpire did not file any process because of its neutrality in the suit.
The plaintiffs through their lawyer, Akin Olujimi (SAN) urged the court to deliver judgment in their favour, owing to the strong evidence they were able to establish.
The plaintiffs called a total of six witnesses including two Associate Professors, who tendered their individual certificates obtained from the UI in 1978 and 1979 respectively.
Obaseki called three witnesses, among whom is UI Deputy Registrar, Legal, Abayomi Ajayi.
Ajayi confirmed that the institution issued the governor a certificate.
He said the fact that some parts of Obaseki’s certificate were missing in the photocopy attached to his form EC9 and 001 to INEC did not amount to forgery.