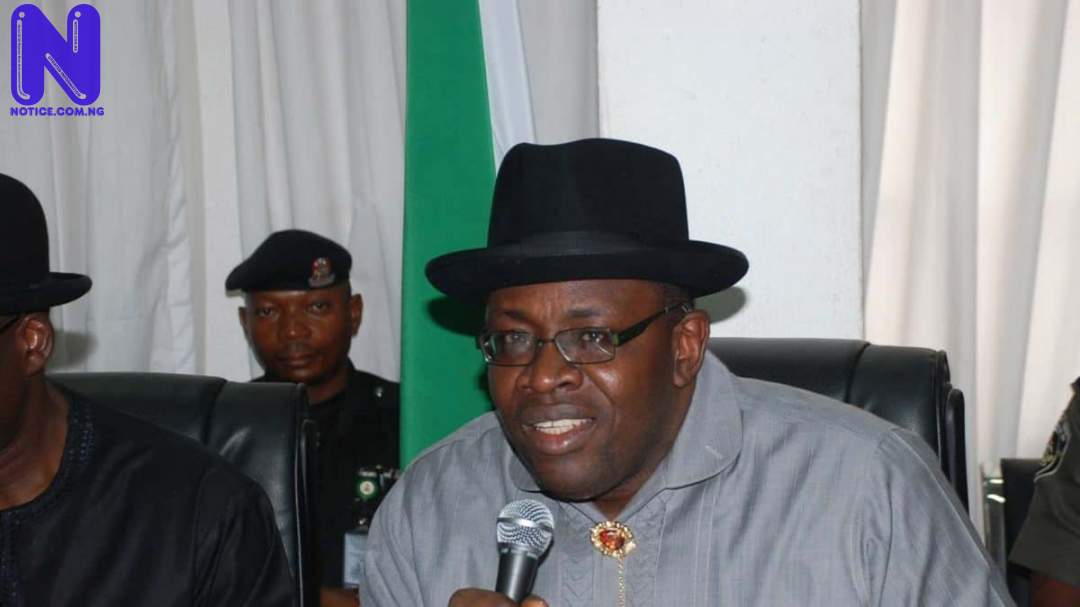 A Federal High Court sitting in Yenagoa has stopped the Economic and Financial Crimes Commission (EFCC) from further investigating the Ex-Governor of Bayelsa State and Senator representing the Bayelsa West Senatorial district, Senator Seriake Dickson, over the allege undeclared assets between 2007 and 2020.

The Presiding Judge, Hon Justice Isah H. Dashien, while ruling on a suit numbered FHC/CS/81/2021, filed against the EFCC by the Registered Trustees of the Seriake Dickson Incorporated and Senator Seriake Dickson, respectively, declared that the assets acquired with loans when the Ex-Governor was a member of House of Representatives should not be investigated any further having been declared before the Code of Conduct Bureau which issued a certificate of verification for them.

Press recalls that Dickson, was in August invited by the Economic and Financial Crime Commission (EFCC) in Abuja and interrogated over corruption allegations levelled against him including allegations relating to assets declaration and misapplication of intervention funds.

Dickson had approached the Federal High Court in Yenagoa on the 15th of November, 2021 with six prayers including a declarations that the EFCC is bound by the judgment of the Federal High Court sitting at Yenagoa Judicial division in suit numbered FHC/YNG/CS/40/2020: the registered trustees of the Seriake Dickson Trust Incorporated &another versus Seriake Dickson Trust Incorporated versus Attorney-General of the Federation.

Also sought are "a declaration that by the virtue of the judgement and order of the Federal High Court in suit number FHC/YNG/CS/40/2020, the registered Trustees of the Seriake Dickson Trust Incorporated & another versus Attorney-General of the Federation ,the defendant in this suit, as an investigating and prosecuting agency under the general of the Federation cannot investigate or continue to investigate any matter whatsoever dealing with or relating to any investments made by the first plantiff as covered or affected by the said judgement and orders of the competent court."

In the fifth prayer, the Registered Trustee of the Dickson Incorporated and Ex-Governor Dickson sought an order of perpetual injunction restraining the EFCC , its officers, men, agents or privies from inviting or further inviting him as 2nd plaintiff officers and managers or Trustees of the 1st plaintiff over any matter dealing with or relating to any investment made by the 1st plaintiff as covered or affected by the said judgment of the Federal High Court in suit no FHC/YNF/CS/40/2020.

Justice Isah H. Dashien , after hearing from the counsels to the plaintiff and defendants, F.N Nwosu Esq. and C.O. Ugwu Esq. , ordered that " the suit filed succeeds and judgment is hereby entered for the plaintiffs in terms of all the relief sought"

According to the Court, "That the Registered Trustees of the Seriake Dickson Incorporated and Senator Seriake Dickson, respectively as first and second plaintiff, declared that the EFCC cannot lawfully arrest, investigate and/or prosecute the Ex-Governor who declared the assets in question and for which the verifying authorities, the CCB issued certificates of verification before he became Governor".

The Judgment affirmed an earlier verdict of the Federal High Court which stated that the Ex-Governor had complied with all the constitutional requirements of the CCB in asset declaration. Therefore it was contrary to the stipulation of the Law for the EFCC to open investigation into assets that were declared over the years before the relevant body, the CCB, and for which the CCB issued verification certificates.

Press gathered that the earlier judgement noted that in addition to declaration of assets that the Ex-Governor while in office subjected himself to the Voluntary Assets and Income declaration scheme of the federal government (VADES) and paid taxes on the affected assets therefore the attorney general and other federal government agencies were perpetually restrained.

Reacting to the ruling, Dickson, commended the judiciary for their intervention and urged Nigerian People to support an independent judiciary and Public institutions including the EFCC. He urged operators of these institutions to be dispassionate and fair in carrying out their sensitive responsibilities.

He also said that the agencies are doing a very important job and should be supported, urging those in authority to allow all institutions to do their job without undue pressure and enjoined Nigerian People to work towards strengthening them.