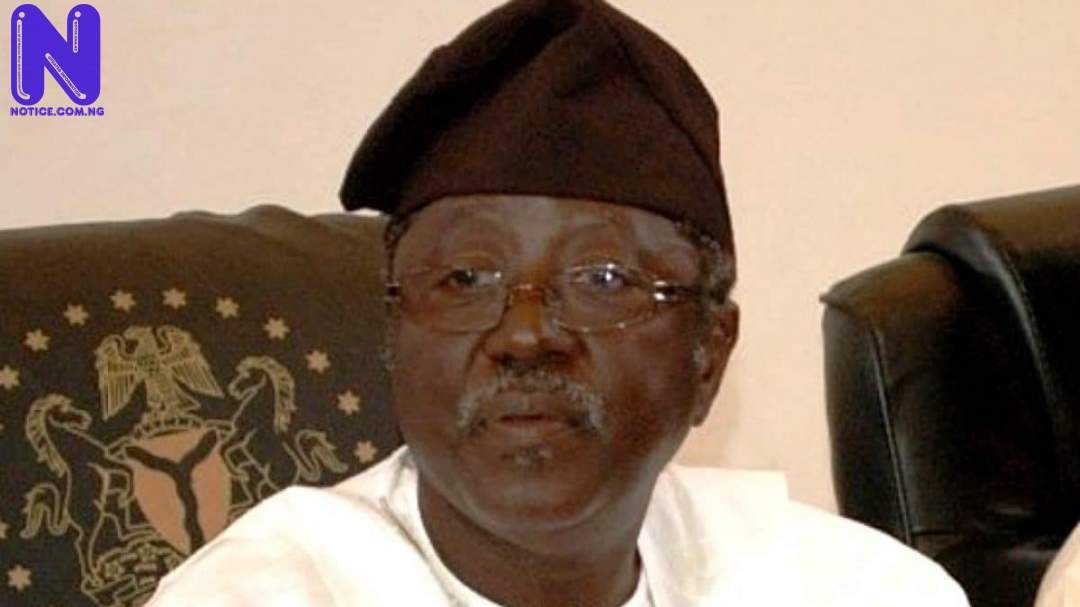 A State High Court in Jos, the Plateau State capital, on Thursday, refused to grant an application seeking to return the case file of a Ex-Governor of the state, Sen. Jonah Jang, to the State Chief Judge for onward reassignment to a new judge.

Press recalls that Jang is standing trial alongside Yusuf Pam, an ex-cashier in the office of the Secretary to the Government of the State on alleged N6.3bn fraud charges brought before the court by the Economic and Financial Crimes Commission (EFCC).

Press also recalls that EFCC had in the first instance arraigned the duo before Justice Daniel Longji on 17 counts bordering on criminal breach of trust and misappropriation of public funds in March 2018.

However, Justice Longji retired in December 2019, after hearing the matter 34 times, the State Chief Judge, Justice Yakubu Dakwak reassigned the case to, Justice Christy Dabup who started hearing on the matter afresh.

Press observed that since the re-arraignment of the Ex-Governor, the court had not made any meaningful progress with the case due to stalled proceedings occasioned mostly by the absence of the prosecution until Thursday when the Lead Prosecution Counsel, Rotimi Jacobs (SAN)sought the order of the court for a new judge to take over the case.

While moving the application for the reassignment of the case, the EFCC Counsel told the Court that the National lockdown occasioned by COVID-19 as well as the recent national strike by judiciary workers had prevented the case from being heard expeditiously.

He also argued that given the fresh commencement of the case due to the retirement of the Ex-judge handling the matter, there was the need to avoid wastage like in the first trial especially as the current trial judge may not be able to conclude the case before her own retirement.

Jacobs said, “We have not gone far with the case as we still have about nine witnesses to present.

“The time is not so much on the side of the trial judge.The case may suffer the same fate due to time limit.

“It will be difficult for us to start recalling the witnesses for the third time. And that is what I’m trying to avert.

“In order to avoid wastage as in the first trial so as to mitigate possible loss to the state and even to the defendant, let the matter be transferred to the State Chief Judge for reassignment”, he maintained.

The EFCC lawyer therefore urged the court to grant his application and return the case file to enable the Chief Judge reassign the case to a new judge.

However, Counsel to Jang, Edward Pwajok (SAN), opposed the EFCC application arguing that the antigraft agency is only a party to the case and therefore cannot determine how the court manages it’s affairs.

Pwajok insisted that the Court would be able to dispose the rest of the case in good time if the EFCC is serious with the prosecution; arguing that, “The request by the prosecution for the reassignment of the case is simply over-bearing.The application is entirely speculative and the Court cannot act on speculation. It cannot determine for the court.

Adding that, “The Court knows how to manage it’s calender for is proceedings and this is determined by criminal justice administration of Plateau State which also prescribes sitting day by day.

Also, Counsel to the second defendant S.O Oyewale also opposed the EFCC application and urged the Court to continue with the case or strike it out for lack of diligent prosecution.

After listening to the arguments by both parties, the presiding judge, Justice Christie Dabup, in her ruling agreed with the submissions made by the Defence Counsels, noting that the Court has never forestalled proceedings since she took over the case.

Dabup added that, since there is no other court designated yet to handle such criminal matters, it will be absurd for her to rescue herself from the case.

She, therefore, ordered the EFCC to go ahead with the presentation of more witnesses to enable the court make progress in the case.

Meantime, two witnesses who were recalled by the EFCC, Emmanuel Kpanja and T Yakubu, both bankers with the Zenith Bank, had earlier narrated how money running into billions of naira were withdrawn towards the end of the tenure of the Ex-Governor, but maintained that no money was transferred into the personal account of the Ex-Governor.

A Ex-Permanent Secretary, Habila Dung also testified during Thursday hearing of the case, but could not be cross examined by the Defence Counsel due to fatigue.

Justice Dabup, thereafter adjourned the matter to Friday (26th November, 2021) for continuation of hearing and presentation of more witnesses.