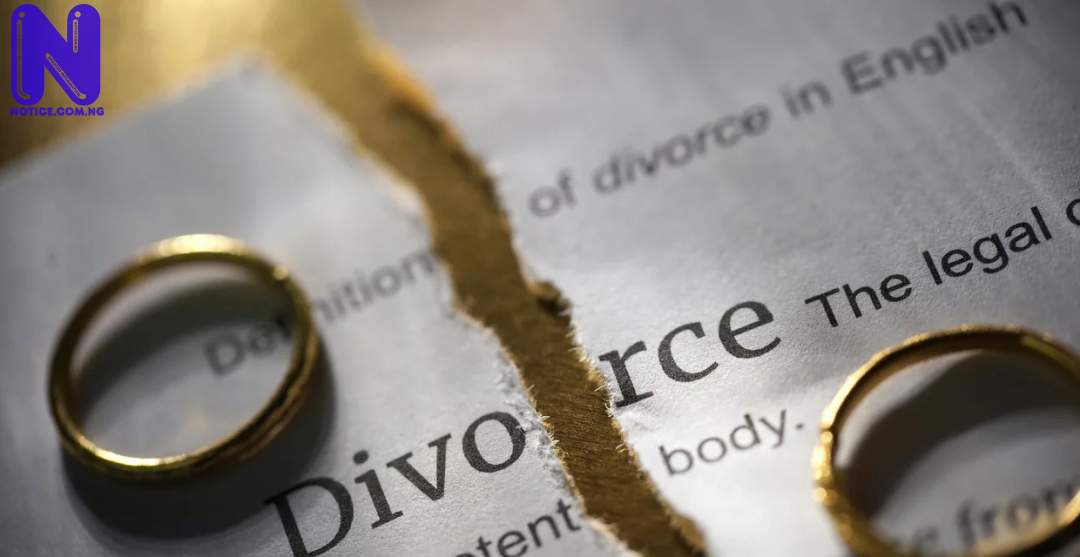 A customary court sitting in Oshodi-Isolo LG has formally dissolved the marriage between Ayodele Bamidele and his wife, Adeline Bamidele after the couple had initially separated for eight years.
Prior to the judgement, the couple had been living apart for eight years while the wife, Adeline sought legal divorce at the court of law, claiming that there was no love between them any longer.
The petitioner had accused the respondent of causing domestic violence, stating that her husband always beat her.
In October 2019, Adeline had filed to dissolve the marriage contracted under the Igbo native law and traditional custom.
Having established that the couple have totally lost interest in each other and that the lost love could not be redeemed, the presiding President of the customary court, Mrs. Adebisi Oladitan dissolved the marriage.
The court president said she dissolved the marriage based on domestic violence to which the couples attested and lack of love between them, adding that it was also to protect their two sons who might be the victims of domestic violence.
According to her, the greater importance is the well-being of the minor children of the marriage which is considered in line with the section 28(1) of Customary Court law of 2015 as amended in 2018 and the Lagos State Child Rights Act chapter C(50) verse 4(21) which states that the best interest of the child/children must be the paramount consideration in all actions.
The court president ordered as follows: “I hereby dissolve the marriage between Ayodele Bamidele and Adeline Bamidele and henceforth they cease to be husband and wife. The two children shall continue to live with the petitioner (Adeline) until they attain the statutory age to make independent choice or upon reversal of this order if required and when occasion demands while the respondent (Ayodele) shall have unhindered access to the children within the reasonable hours of the day and the children holiday shall be shared between the parties and the children shall not be taken out of Lagos State by either party without prior knowledge and consent to the other party and the Court.”
She asked the respondent to pay a monthly sum of N40,000 for the upkeep of the children based on his income as given while both parties are to agree on the choice of an affordable school within the capacity of the respondent who is responsible for the fees.
She also ordered both parties to maintain peace and order. Any violation of the judgement shall be taken in the context of the court or liable to imprisonment. Any aggrieved party can appeal against this judgement within 30 days statutory period from the day of this judgement.

READ ALSO >>> How I got news of my crashed marriage to Blossom Chukwujekwu says Ex-wife, Maureen