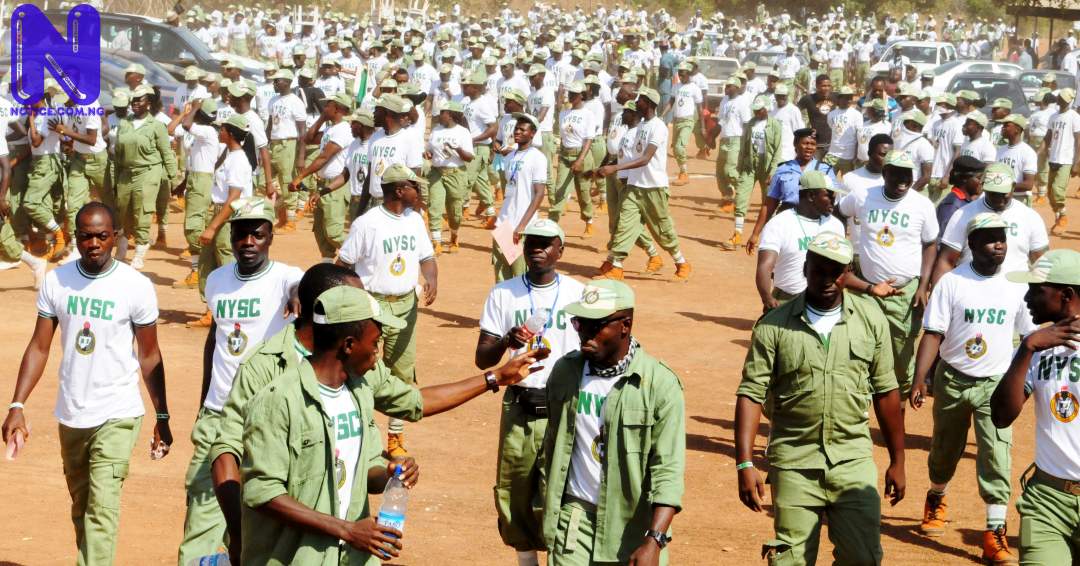 Members of the National Youth Service Corps, NYSC, in the Federal Capital Territory have lamented the difficulty associated with serving in Abuja, saying the high cost of living in the nation’s capital is beyond their monthly stipends.

This is coming as prices of food items and other essential commodities continue to skyrocket in the FCT while the entire nation battles an economic crisis that has relatively made life difficult for commoners.

Press reports that the recent inflation in the economy birthed a new wave of hardship for Nigerian People, especially for residents of the nation’s capital, Abuja.

Residents say the inflation affected the prices of all commodities in the market including something as essential as drinking water packaged in small sachets for ordinary Nigerian People.

The sachet water popularly known as pure water is now sold for N300 or N350 per bag of 50 pieces as against the initial N100, this is aside from the general hike in prices of food items such as rice, beans, yam and others.

Some corps members who spoke to Press said the N33,000 monthly allowance paid by the Federal Government is no longer useful, lamenting that they now depend on parents and loved ones for survival.

It can be recalled that the Federal Government in 2019, increased the monthly stipend of NYSC members from N19,800 to N33,000 to correspond with the current national minimum wage.

But corps members in the FCT say the increment, which was implemented in January 2020, is no longer helpful, particularly in big cities as a result of the current economic reality of the country.

One of the corps members who identified herself as Jennifer said she exhausts the stipend in just one week and afterwards, survives on help from others.

“Honestly, the ‘allawee’ is nothing. I spend at least N80,000 every month on feeding and transportation from where I am residing to my Place of Primary Assignment, PPA, in Area 1 Garki.

The transport fare from Deidei to my PPA is not funny. I spend at least N1,000 daily and that doesn’t include my feeding in the office,” he said.

Press reports that most private organizations including schools in the FCT have no provision for accommodation for corps members, leaving them to their fate concerning the security crisis in the territory.

Another corps member serving in a private school complained that since he was accepted, he had not received any help from the school.

He said, “I heard that the school used to give corps members 10k monthly before we came but since my colleagues and I were accepted, nobody has given us any money for either transport or feeding. It is just terrible serving here in Abuja.

“Sometimes I stay back at home because I don’t have money to go to work. I can’t go and steal to serve my country. The ‘allawee’ is nothing compared to what we spend in a week. The government should help us by increasing the allowance at least by %50”.

Another respondent, Miss Ola, also known as Corper Ola, who spoke to our correspondent from Lugbe, said the one-year compulsory service is the “highest level of school suffering.”

“I used to live better than this when I was still in the university. It is unfortunate that we are still facing another level of suffering which is even higher than what we faced in school. We expected at least, to live fine while serving our dear nation but the reverse is the case.”

When contacted, an official of the scheme who preferred not to be mentioned said NYSC has no power to review corps members’ allowance. As stated by him, until there is a new national minimum wage, the current N33,000 allowance stands.

“It is not our duty to increase corps members’ allowance. They should complain to the Federal Government or wait for the review of the current minimum wage,” he said.

Press also recalls that the Senate Committee on Sports had on Tuesday called for an immediate increase in the daily feeding allowance of corps members.

Chairman of the Committee, Senator Obinna Ogba (PDP-Ebonyi) had made the call in Abuja on Tuesday while submitting the 2022 budget defence report of the Ministry of Sports and Youth Development to the Senate Committee on Appropriations.

Ogba had expressed worry that corps members are paid N600 as their daily meal allowance despite their efforts in serving the nation.

He had decried the situation where the government pays inmates in correctional centres across the country N1,000 as daily feeding allowance but pay corps members who contribute to the nation’s economy only N600.

Ogba also condemned the decreasing yearly budgetary allocations to the ministry, calling for an increase of funds in the 2022 budget, given the importance of sports to youth development.