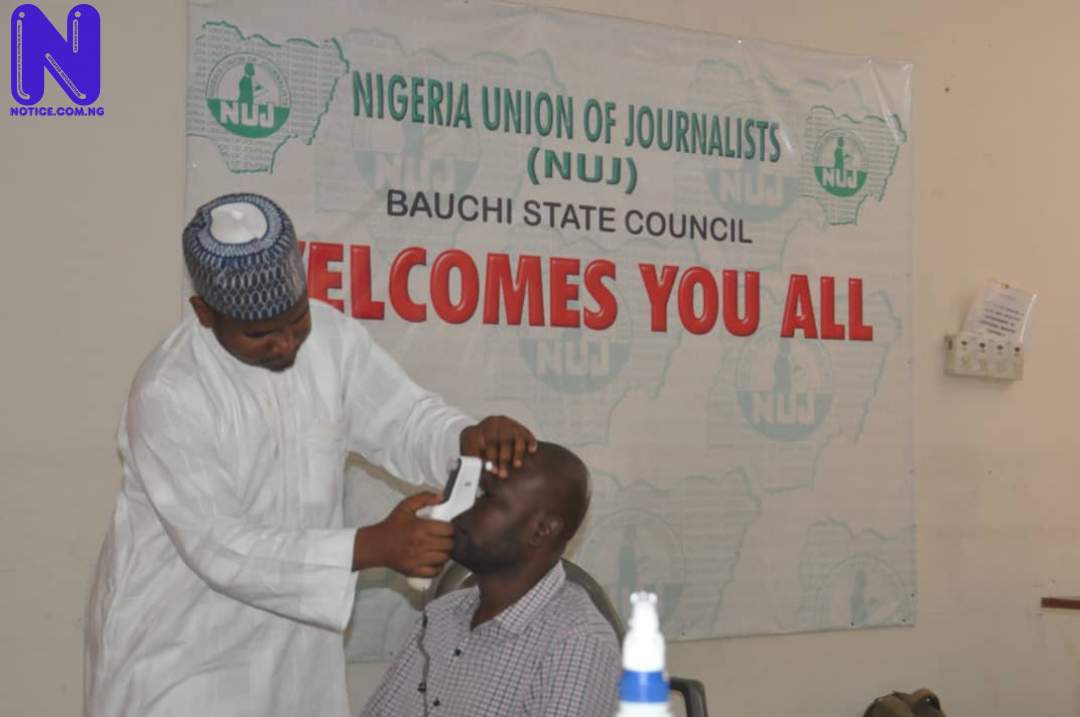 The Bauchi State Council of the Nigerian Union of Journalists (NUJ) on Tuesday conducted free eye screening for its members to commemorate the World Sight Day celebration.

The screening, which held at the Press Centre, Secretariat of the NUJ in Bauchi, the state capital, was conducted in collaboration with the Abubakar Tafawa Balewa University Teaching Hospital (ATBUTH), Bauchi.

Speaking shortly before the commencement of the free eye screening, the Union council chairman, Comrade Umar Sa’idu, said in the course of performing their duty, journalists made use of devices, including computers, laptops, phones, among others.

DO YOU KNOW >>> One year after, Nigerian youths weep over Lekki massacre, mourn ‘fallen heroes’ - EndSARS

These, the chairman said, expose them to the adverse rays, submitting that without good eyes, journalists could not perform their primary responsibilities effectively.

According to Sa’idu, the eye screening served as an opportunity for NUJ members in the state to check their sights in view of the adverse rays they are exposed to on a daily basis.

"Journalists use computers, among other gadgets, to discharge their duties. As such, their sights are exposed to the adverse rays.

“Without good eyes, journalists cannot perform their primary responsibilities effectively and that is why we conducted this exercise so that journalists can receive eye treatment in case of any impediments as well as get free glasses that can improve their vision,” the NUJ chairman said.

While emphasising constant eye screening and treatment, Sa’idu revealed that research showed that every four out of 10 people in contact with computers always come up with one eye problem or the other.

In his words, the NUJ chairman said, "according to research, out of 10 people that come in contact with computer, four are always diagnosed with one eye problem or the other, hence, there is the need for eye screening and treatment.”

He informed that the free screening exercise for members included the provision of eyeglasses and medication, adding that those diagnosed with major ailments would be advised and referred to hospitals for further treatment.

Sa’idu then commended ATBUTH medical team for partnering with NUJ to conduct the exercise, saying that the partnership would help towards diagnosing and improving the sights of beneficiaries.

Also speaking at the event, the leader of the medical team, Dr Ibrahim Abubakar, informed that the exercise was in commemoration of this year’s World Sight Day.

The Day, As stated by Abubakar, was aimed at scaling up enlightenment about eye health to members of the public in the state.

He said that the ATBUTH partnered the Bauchi State Council of NUJ with a view to offering free eye services to journalists, considering the importance of the media in the society.

According to him, for them to effectively perform their duty, journalists need to be medically fit.