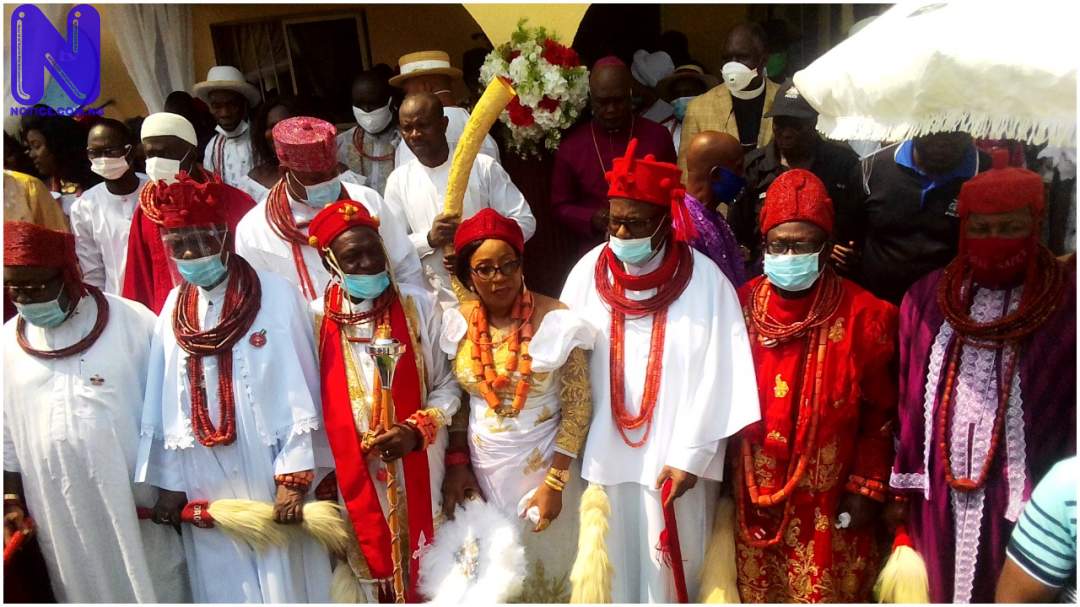 Commercial shops in the Okere-Urhobo axis of Warri South Local Government Area of Delta State were on Tuesday shut down following the installation of Emmanuel Onobrakpeyan Okumagba as the King of Okere-Urhobo Kingdom.
Our correspondent who monitored the event reports that business activities were put on hold by traders who feared harassment by hostile community youths.
In an address presented at the Palace of the Orosuen, Governor Okowa commended the people of Okere-Urhobo for the selection, installation and crowning of the monarch in line with the laws of Delta State Government.
The Delta State Deputy Governor, Barr. Kingsley Otuaro, who represented Governor Okowa said, “It is statutory for the State Government to present staff of office to a traditional ruler after due installation and enthronement by his people. This event is in compliance with the statute. This should be appreciated by the Chiefs, elders, and good people of Okere-Urhobo Kingdom. ”
While noting that the State Government does not meddle with the selection of traditional rulers, Governor Okowa said, “Any Community that wants a king must follow due process which includes selection by the people.”
The governor, in spite of that, warned that the State Government will not tolerate illegal traditional stools in any part of the state.
“Every traditional ruler must be recognized and formally endorsed by the State Government like we are witnessing.
“I heartily felicitate with the people of Okere Kingdom for passing through all the hurdles in the selection of their king. What the Government and indeed all well-meaning Deltans expect from the people of Okere Kingdom at this time, is to rally round His Royal Majesty to ease the task of discharging his duties.
” I have no doubts that the Orosuen stool has great significance for the people of Okere-Urhobo Kingdom and as such, you will do everything possible to promote the intercity of the stool by according His Royal Majesty the honour he truly deserves. I urge you, therefore, to give him the fullest support. ”
Governor Okowa also urged the monarch to discharge his responsibilities, honestly and transparently and in a fair and just manner.
“You’re the father of all your subjects. As the custodian of the tradition of your people, it is important that you do not in words or action, give any cause for your subjects to doubt your ability to uphold the sanctity of the custom of your people. I sincerely implore you to imbibe the Democratic virtues of dialogue and consultation to achieve peace under your reign.”

READ ALSO >>> One shot, others wounded as Okere-Urhobo, Itsekiri youths clash in Delta