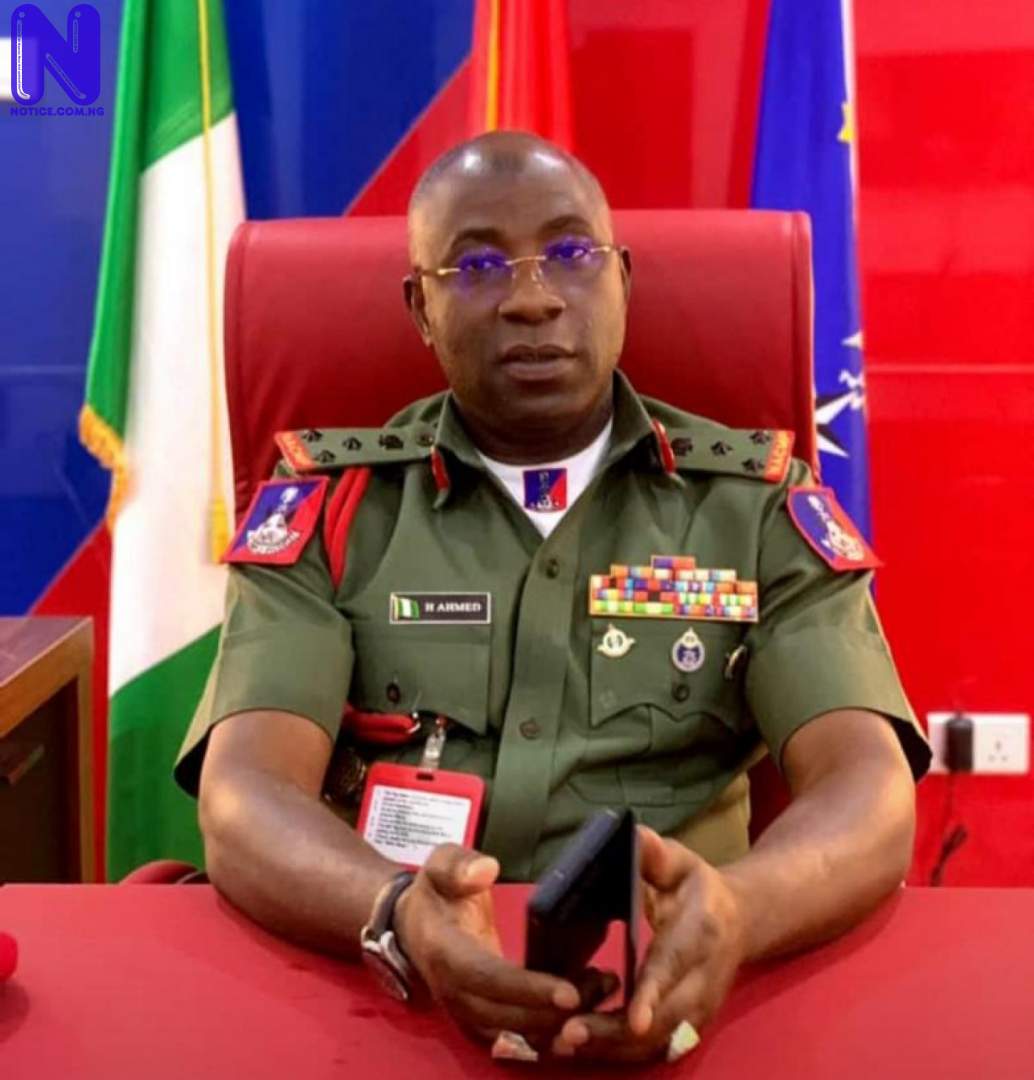 The Chief of Army Staff, Lt.-Gen. Faruk Yahaya has described the , Ex-Provost Marshal of the Nigeria Army, killed on Thursday, as a huge loss to the country at large.

Speaking during Gen Yahaya’s burial at the Guards Brigade Cemetery, Lungi Barracks, Abuja on Friday, Yahaya described Ahmed as a fine officer with a high sense of commitment to the course of the army and the service to the nation.

He said it was the will of God for the officer to die at the time he did, adding that nobody knows when and where he or she would die.

Yahaya said that the living only had the responsibility to pray for the repose of his soul and support the family, promising that the army would continue to stand by the family of the deceased.

"For us who are behind, we owe it a duty to take care of his family and be with them in this trying time.

"The army has provisions in our laws in terms of entitlements and other responsibilities and we fulfil that.

"Beyond that, the army, under my watch, will improve on those provisions and will be with the family of the late general and all others who have also paid the supreme price.

"Ahmed was a friend and colleague and we have been together for a long time. He was a very dutiful, responsible and professional officer but everyone has his time.

"On behalf of the Commander-in-Chief of the Armed Forces, officers and soldiers of the Nigerian Army, we heartily condole with the family of late Major General Ahmed.

"May his gentle soul rest in peace and may God grant us and his family the fortitude to bear the loss," Yahaya said.

Meanwhile, Ahmed's sister, who was in the vehicle with him, was abducted by the gunmen while his driver escaped.