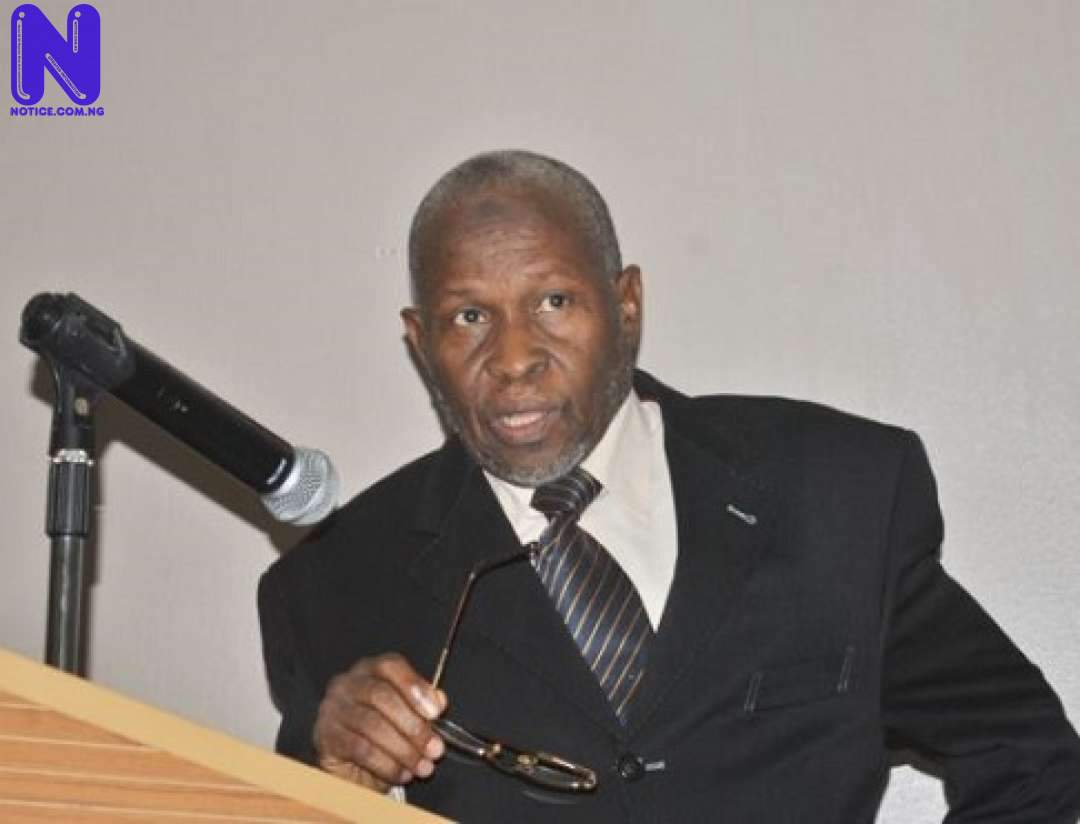 The Human Rights Writers Association of Nigeria, HURIWA, on Sunday called on the National Judicial Council, NJC, to sack the Chief Justice of the Federation, CJN, Tanko Muhammad for allegedly attempting to start a religious conflict in Nigeria.

HURIWA, a prominent civil rights advocacy group claimed that Tanko was attempting to instigate religious conflict in Nigeria by advocating for full Sharia law in the country’s constitution.

The rights group recalled that the CJN during a two-day conference organized by the Centre for Islamic Legal Studies, CILS, ABU, in collaboration with the National Judicial Institute, NJI, Abuja had called for full implementation of Sharia law.

Represented by the Grand Khadi of Niger State at the event tagged: “Documentation of Contracts in Islamic Law: Procedure, Sample Precedents and Practice,” the CJN had said the full implementation of Sharia law was imperative in view of the importance of Arabic to Sharia legal system.

in spite of that, HURIWA expressed absolute shock at the failure of Tanko to address the critical issue of the desecration of the temple of justice by the department of state services (DSS) but was more focused on instigating possible religious conflict by advocating full sharia law in the Nigerian constitution.

In a statement by the National Coordinator Comrade Emmanuel Onwubiko and the National Media Affairs Director Miss. Zainab Yusuf, HURIWA said Tanko should be sacked before he plunged the nation into religious conflicts with his “self-centred campaign for Shariah law to be included fully in the Constitution and to be taught in Arabic language in Universities.”

The rights group also called on the NJC to call the CJN to order and stop “overheating the polity in the guise of promoting his attachment to his religion or get him removed from office immediately since he is attempting to defecate on the Constitution of Nigeria as it were and for his negligence of duty by failing to defend judicial integrity, judicial independence and the Principle of Separation of powers.”

HURIWA also accused the Chief Justice of Nigeria of playing religious politics by seeking to undermine section 10 of the constitution upon which Nigeria has been erected on a pro-democratic platform of secular or multi-religious entity.

It stated that the “religiously motivated campaign by the holder of the Chief Justice of Nigeria deploying public fund to carry out such a private religious assignment and campaign as AGAINST the provisions of the Constitution is an ABSOLUTE IMPEACHABLE OFFENCE and must never be swept under the carpet,” adding that “doing nothing by the NJC amounts to the institutionalisation of impunity and lawlessness by the ministers in the supposed temple of justice.”

“Nigerian People at this point in time cannot afford another overheated environment like we had in the late 1970’s when the first attempt was made as is been suggested by the current Chief justice of Nigeria which the campaign for full sharia by the chief justice of Nigeria is capable of igniting religious conflicts amongst diverse religious groups including African Traditional Religionists, Christians, and Atheists.

“We hereby call on the Chief Justice of Nigeria to resign from office so he can fully concentrate on carrying out his private religious project of campaigning for full sharia. He should leave public office si he can very well set up his non-governmental office to raise his resources to execute his mandate which favours only adherents of his own religion. He is the Chief justice of Nigeria who should defend the Constitution and work for free, egalitarian society whereby equality of rights are promoted and protected.”

Also, the Rights group criticized the Chief Justice of Nigeria for calling for the teaching of sharia law in Arabic language as if Nigeria is an Arabic nation.

The Rights group said it is “shameful that at a time the integrity, independence and respectability of the court system in Nigeria has been rubbished by the executive arm of government, the Chief Justice who should defend the judiciary is busy chasing religious shadowy programme of making Nigeria a sharia or Islamic state even when this is clearly unconstitutional.

“Was Muhammad Tanko away from the Planet Earth that he isn’t aware that armed State Security Services operatives chased out a judge of the Federal High Court Ijeoma Ojukwu in the nation’s capital and re-arrested a citizen who was granted bail and indeed released earlier by the same misbehaving SSS?

“HURIWA is shocked that Justice Ibrahim Tanko-Muhammad, Chief Justice of Nigeria, CJN, on Wednesday reportedly advocated for the teaching of Sharia law in Nigerian universities in Arabic language. We are shocked and disappointed that he made the remark while declaring open the 20th Annual Judges Conference held at the Faculty of Law Moot Court, Kongo Campus of Ahmadu Bello University, ABU, Zaria, Kaduna State.

“That the CJN, was represented by Justice Muhammad Danjuma, Grand Khadi of Niger State, and went as far as saying that the call for full sharia became imperative in view of the importance of Arabic to Sharia legal system shows that the holder of the office of CJN has lost touch with the realities of our times and has no respect for our secular or multireligious status which is the foundation of our constitution. Is he not a Nigerian and is he not aware of the official language of Nigeria? Why does he insist that Sharia law should be taught in Arabic instead of English, there is no university in Nigeria that runs Sharia in Arabic, they all teach Sharia in English. Why say So, academicians let’s also look into this issue, let’s try something, let’s have a Faculty of Sharia.”

HURIWA accused the Chief Justice of Nigeria of attempting to re-ignite religious crisis by stating that Muslims should be blamed for their lukewarm attitude towards moving the Sharia forward in Nigeria, advising that there should for a change of attitude to propel Sharia to certain level of advancement even as he recalled that since the issue of Sharia was introduced in Nigeria, there was no meaningful progress up to today, saying that “while others are moving, the Sharia is not moving in this country.”