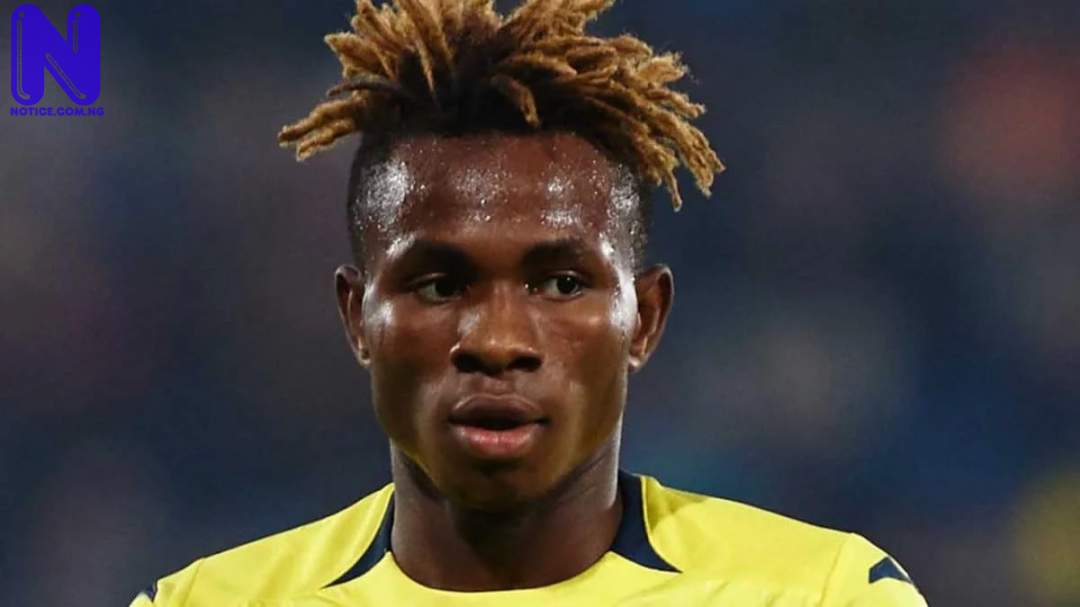 Villarreal winger, Samuel Chukwueze, has become the club’s youngest-ever player to feature in 100 games.
The Super Eagles star reached this milestone having starred in their 4-1 win over Zamora in Tuesday’s Copa del Rey encounter.
Chukwueze has now played 79 times in LaLiga, 13 in Europa League and eight in the Copa del Rey for the Yellow Submarines.
At 21 years, seven months and 11 days, Chukwueze eclipsed Mateo Musacchio’s record which stood at 21 years, 11 months and 20 days.
“A record-making centenarian. Samuel Chukwueze has reached 100 games with Villarreal’s first team after starting the Copa del Rey game against Zamora CF.
“The Nigerian forward has reached the 100-game mark (79 in LaLiga, 13 in the Europa League and eight in the Copa del Rey), aged just 21 years, seven months and 11 days, becoming the youngest player to reach this mark in official games for the Villarreal CF first team,” Villarreal said in a statement.
Chukwueze marked his achievement with an assist, as Unai Emery’s sent the fourth tier side out of the competition.