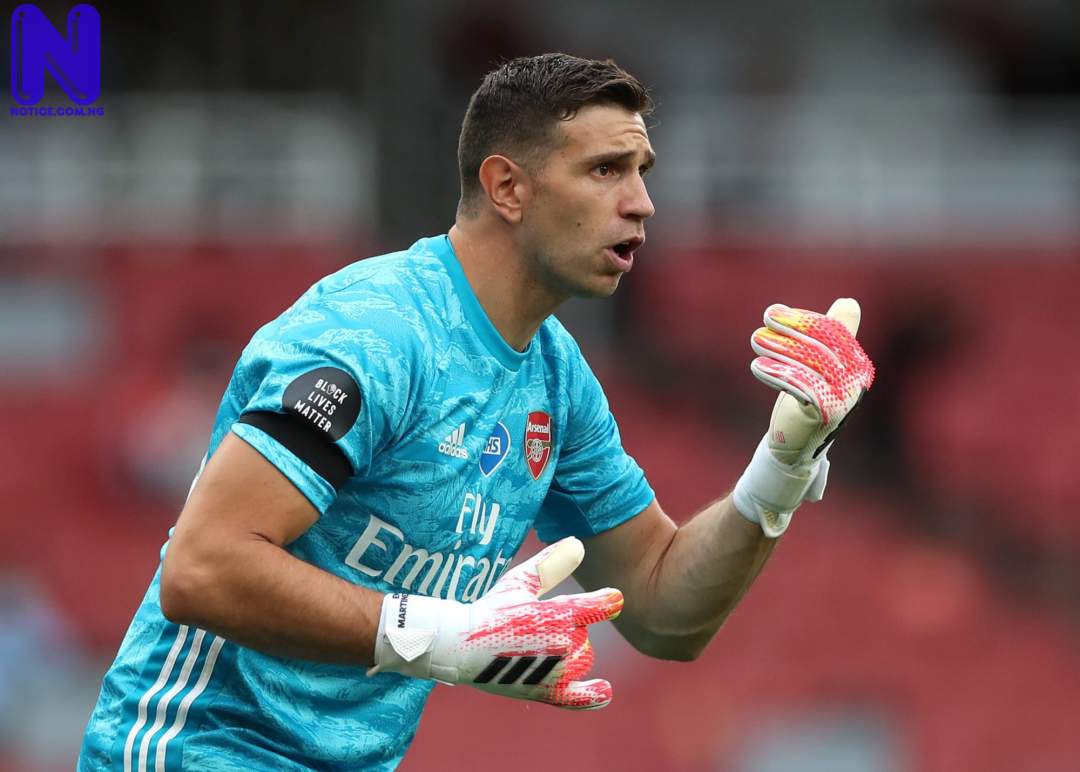 Arsenal legend, Ian Wright, is afraid Chelsea could try to sign Emiliano Martinez from the club to replace Kepa Arrizabalaga.
Kepa has struggled for form this season and was dropped by the Blues manager, Frank Lampard, for the final Premier League fixture against Wolves on Sunday.
Martinez has excelled for Arsenal in the absence of the injured Bernd Leno, and Wright feels that the Argentine could be the answer to Chelsea’s goalkeeping problems.
Speaking on The Kelly and Wrighty Show, Wright said: “What frightens me is you look at someone like Frank [Lampard] and you look at what Chelsea’s doing, you just say to yourself, “Do you know something? Can we prise him away?”
“This is what worries me, simply because you look at what he’s done and how he plays, he is better than Kepa now.”
The transfer window in England is open from July 27.