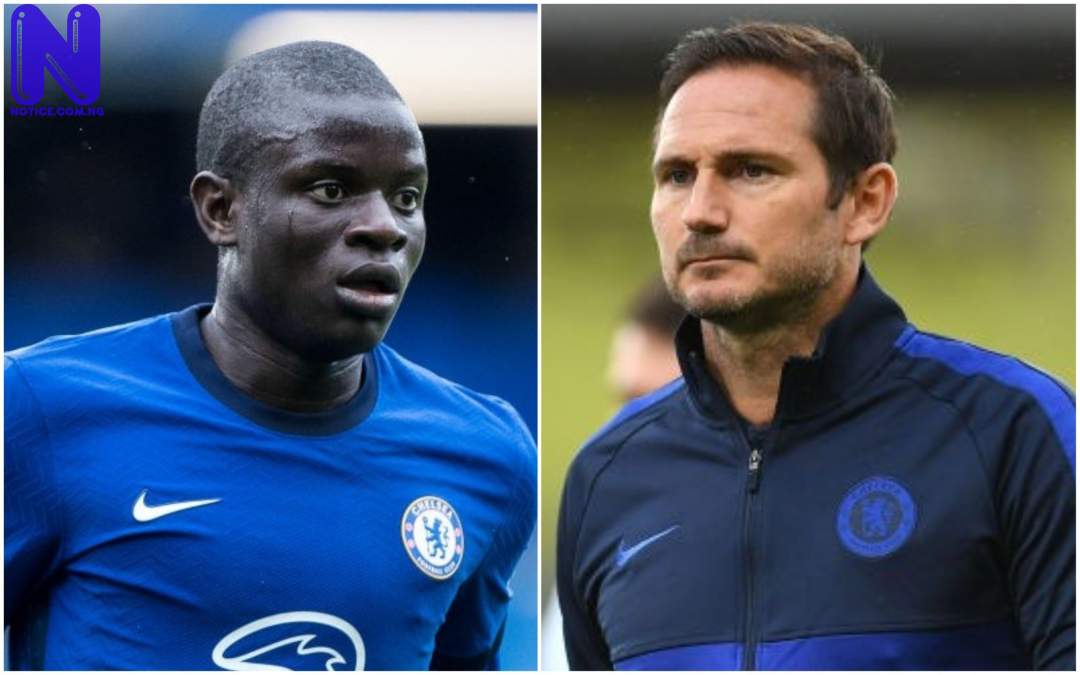 Chelsea has strongly debunked stories of a rift between N’Golo Kante and Frank Lampard, As stated by the UK Metro.
On Monday, reports in France claimed the relationship between Kante and Lampard has become strained and the player’s agents are attempting to engineer a move to Inter Milan in the January transfer window.
It was reported that Kante was left unhappy after Lampard denied his request to miss training to attend a friend’s wedding.
However, Chelsea has denied any reports of a clash between the pair and have described the story as “total nonsense”.
Kante has featured in all four of the Blues’ Premier League games so far and looks set to be a key part of Lampard’s squad this season.
The 29-year-old started just 20 Premier League games for Chelsea last season due to injury.
But now he is fully fit, Lampard claims the midfielder will be “fundamental” to Chelsea.