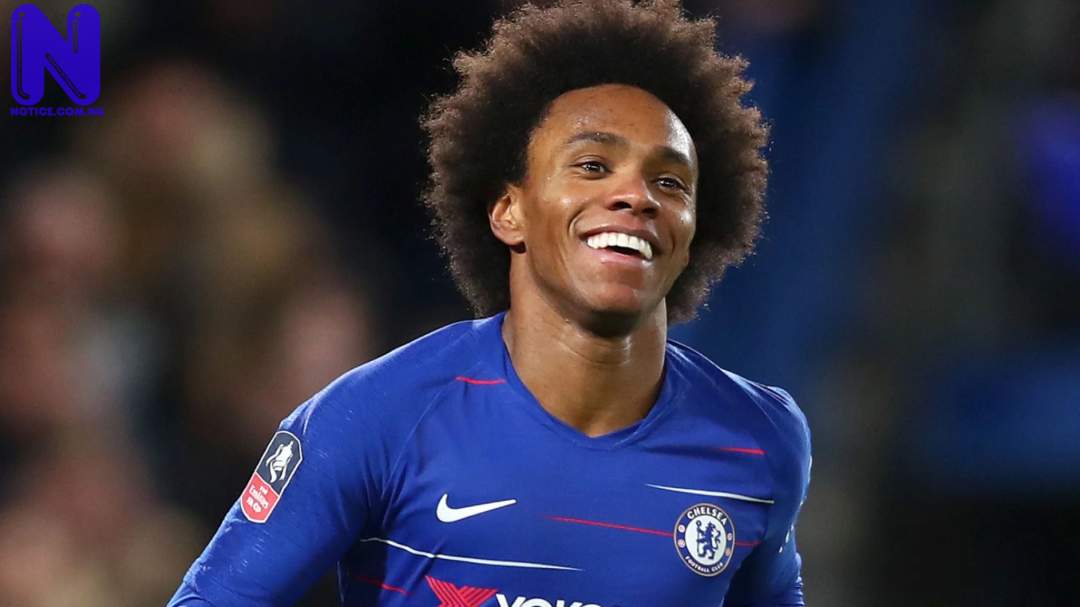 Chelsea finally made a breakthrough in negotiations over a new contract for winger, Willian, Sky Sports reports.
The Blues are hopeful that a new deal to keep Willian at Stamford Bridge beyond this summer could be finalised by the end of the week.
Press recalls that Willian agreed to a short-term deal to stay for the remainder of the delayed Premier League season, but his contract with Chelsea is due to expire this summer.
The 31-year-old has been holding out for a 3-year deal from Chelsea, but the West London club are only willing to offer a contract for the next two years.
The Brazilian was reportedly offered a deal worth £250,000 a week earlier this year by Arsenal, but the Gunners were forced to reconsider due to the financial impact of the COVID-19 pandemic.
Willian has also drawn interest from Barcelona, Manchester United and Inter Miami.
Speaking on his future at Chelsea recently, Willian told the club’s official website: “I want to finish the season well if I go, or maybe I can stay.
“I don’t know but what I want now is to play well and for Chelsea to finish in the top four.”
He added: “We know teams that come from behind want to win to go in the top four as well, so we have to do our job.”