Chelsea gets double boost ahead of Southampton clash - EPL 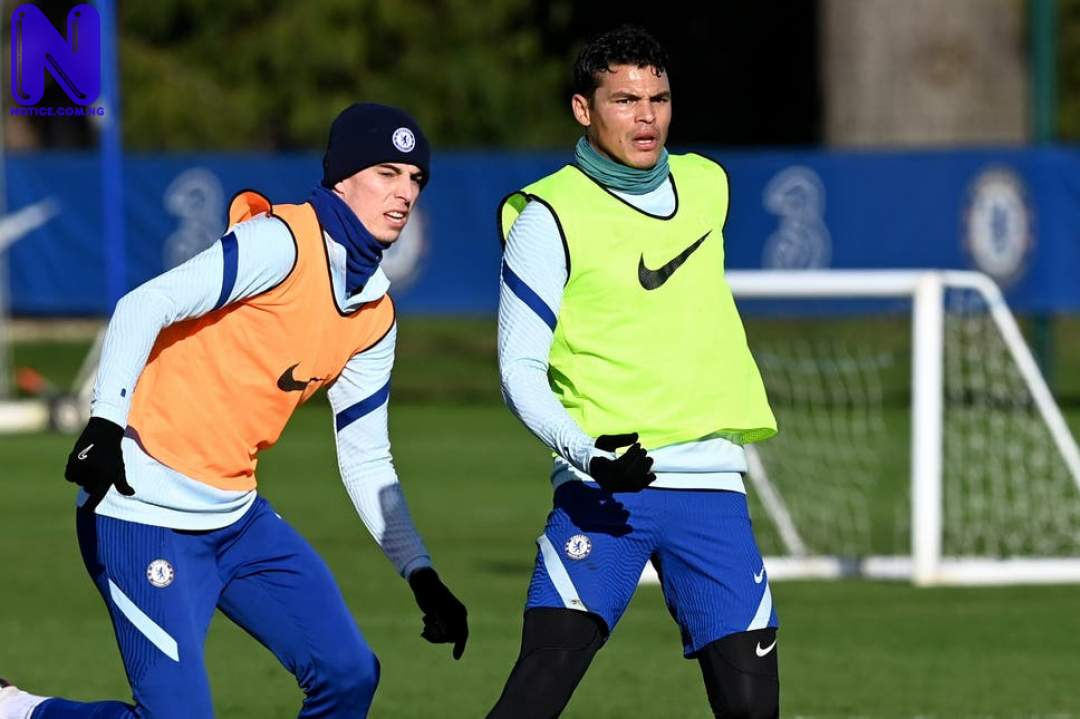 Chelsea have received a double injury boost ahead of their Premier League clash against Southampton on Saturday.
Chelsea stars, Thiago Silva and Kai Havertz both returned to Chelsea’s full training on Thursday morning at Cobham ahead of Southampton clash.
Silva has missed Chelsea’s last three games with a muscle injury.
The Brazilian will no doubt be desperate to return to Chelsea first-team when they take on Ralph Hasenhuttl’s Southampton this weekend.
Havertz, meanwhile, suffered a knock in training prior to Chelsea’s win at Tottenham earlier this month.
The 21-year-old Germany international could be in line to feature on Saturday.
The likes of Christian Pulisic and Hakim Ziyech were also seen putting in the hard yards at Cobham and are likely to be involved at St Mary’s.
Chelsea head to the game after beating Newcastle United 2-0 last Monday.