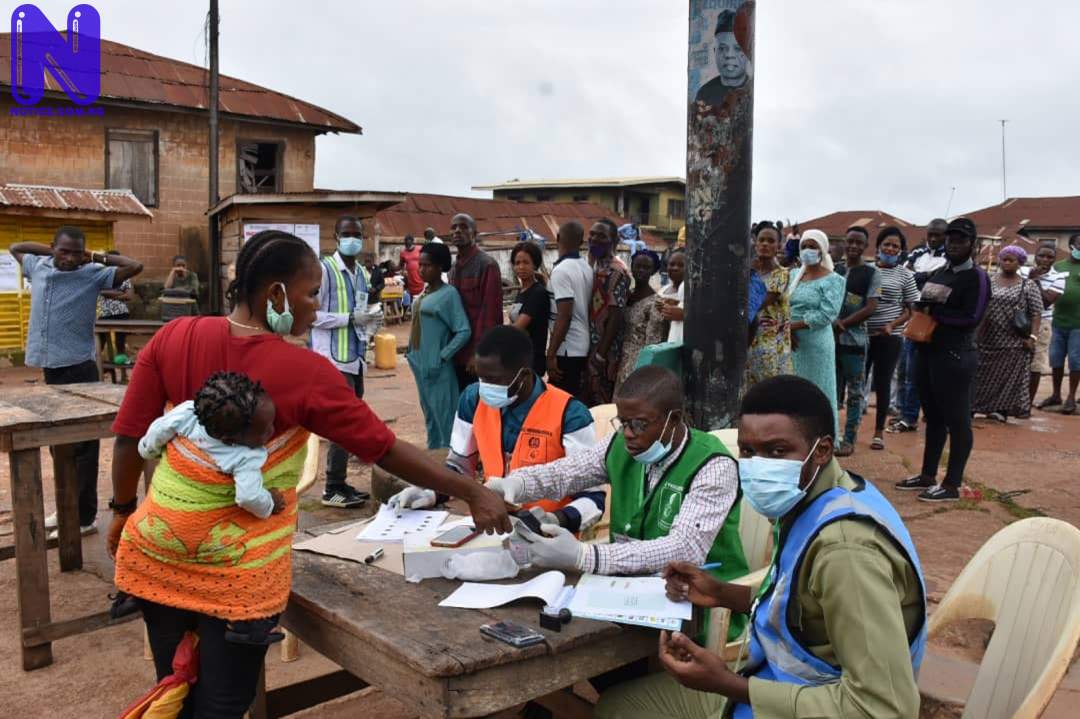 Centre for Democracy Development (CDD) has declared that politicians engaged in fraud during Saturday’s governorship election in Ondo State.
Idayat Hassan, the Director, spoke to journalists in Akure, the state capital.
The body noted that politicians devised ways to engage in vote buying.
CDD warned that the electoral offence poses danger to democracy if not curbed.
Hassan said those engaged in voter inducement, often try to evade security officials and election observers.
“Our observers documented attempts by politicians to outspend each other by disbursing large sums of money to community leaders for onward distribution to voters”, NAN quoted her as saying.
The director noted that there was a deviation from the previous style of distributing cash discreetly at points close to the polling units.
“The politicians created outposts where voters can go to collect cash after proving that they voted for the vote-buying party. Parties designated someone who is not a party agent to direct voters to their outposts to collect cash.”
CDD observed that parties set aside money, ranging from N150,000 to N600,000, for each polling unit across local government areas.
The monies were allegedly distributed to popular figures, such as leaders of youth groups, to share to voters.
They body further revealed that hoodlums chased away Registration Area Centre (RAC) technicians in Akure South Local government.
“The attacks compromised the transparency of the electoral process, the upload of results into the INEC Results Viewing Platform was disrupted. These technicians are responsible for maintaining the Smart Card Readers”.
CDD hailed Ondo people for their conduct and commended the Independent National Electoral Commission (INEC) for the timely arrival of officials and materials.