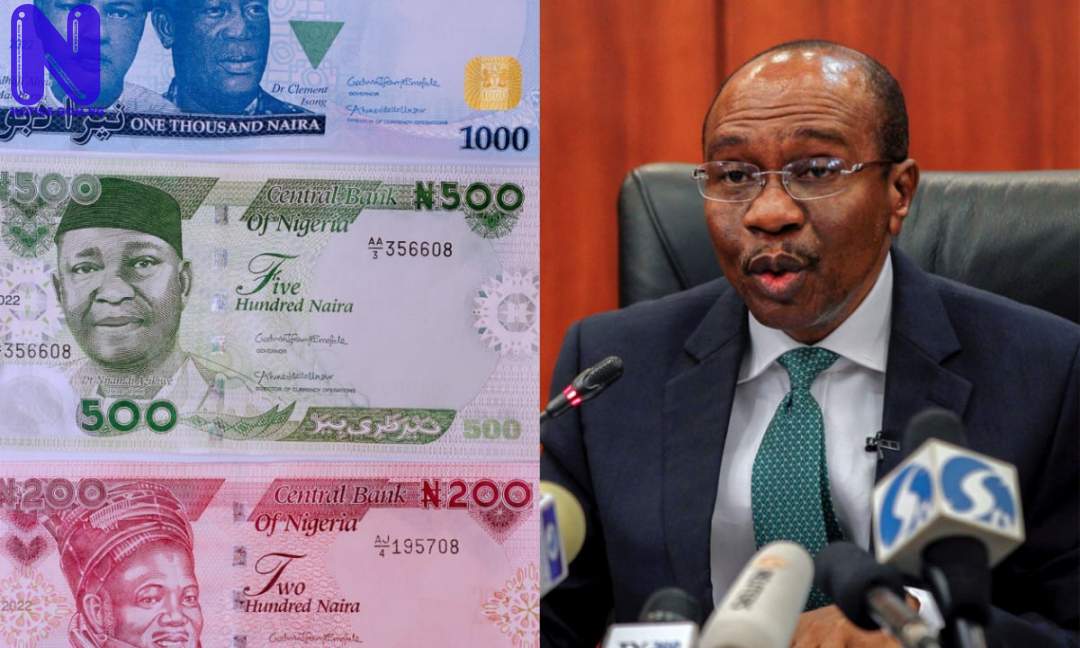 The Central Bank of Nigeria Governor, Godwin Emefiele has explained the features of the redesigned notes.

Emefiele told State House Correspondents that it was in line with global best practices, noting that it was mandatory for the naira to be redesigned and re-issued every five to eight years.

According to him, it is regrettable that the naira has not been redesigned for the past 19 years owing to lack of political will from previous administrations.

"In the past, I have to confess that attempts by the CBN to redesign and re-issue the naira notes have been resisted. It is only President Muhammadu Buhari that has exhibited the courage to do so," he stated.

Emefiele said it was the mandate of the CBN, to redesign and re-issue the notes, stressing that the exercise would become a regular trend after five to eight years.

His words,"After today, the CBN will begin to redesign and reissue the naira for every five to eight years"

The CBN governor said that Nigeria has gone cashless and that security agencies would monitor people making withdrawal at the counter to know how much withdrawn and also monitor the usage of the money.

He debunked insinuations that the policy was targeted at anyone, especially the political class.

He said that the CBN was determined in ensuring that the provision of the law on volume of money one should carry is followed.

Commenting on calls for extension of time for the usage of old notes, the CBN boss said, "we will not go with people that want extension of time. From today, this currency that was reissued will become a legal tender."

Emefiele also said there is no local government area in the country where there is no bank agent, insisting that there is over one million points across the country that people should go and deposit the old notes.

The CBN boss also boasted that the new naira notes cannot be counterfeited because of the features in them.