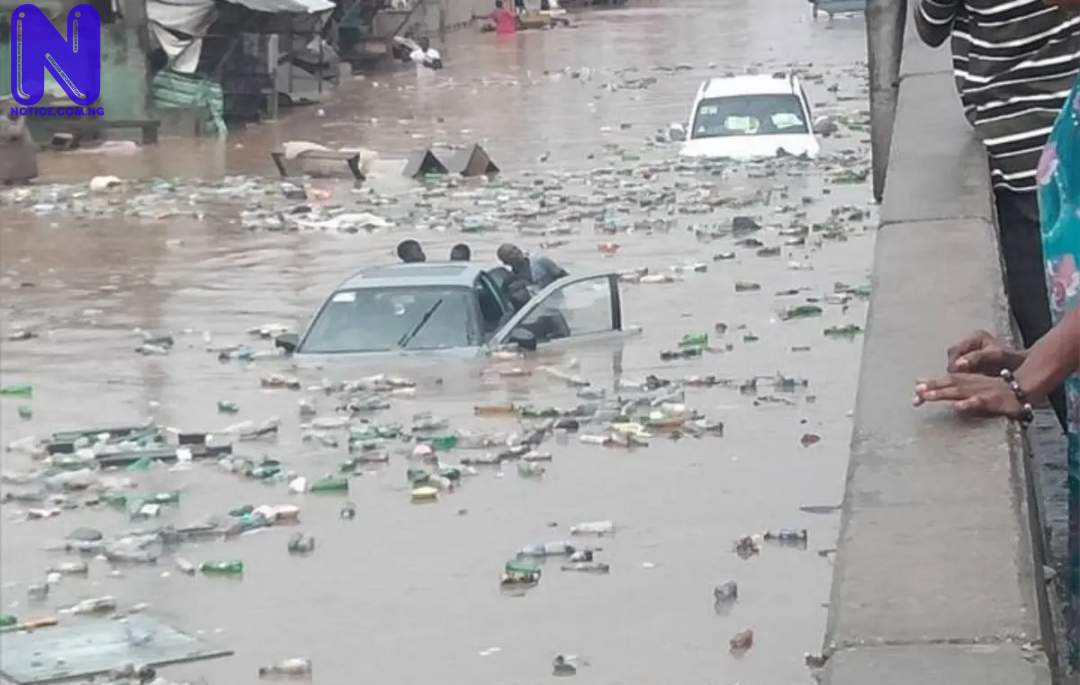 A Parish Priest of St. Joseph Catholic Church, Kaiama, Fr. Francis Ighorurhie, aged 38, reportedly drowned on Thursday night at the flooded area of Kaiama Community in Kolokuma-Opokuma Local Government Area of Bayelsa State.
Two school pupils also drowned along the good news area of Azikoro Town in Yenagoa Local Government Area of the state.
Press gathered yesterday that Fr. Francis Ighorurhie, was a Missionary of St. Paul (MSP) from Delta State.
Sources close to the Missionary said the deceased lost his life when he fell into the water on his way to his residence from a wooden bridge popularly known as “Monkey Bridge.”
Press also gathered that a section of the wooden bridge had been submerged by the rising water making walking on the slippery structure a difficult task for users.
A priest who spoke anonymously said, “This is a sad moment for us, Father was on his way back from Bomadi in Delta State when he met his untimely death but for the flood he could have driven his car straight to his residence instead parking same by the road.
“It was as he was walking on the wooden bridge part of which had been submerged that he slipped and drowned. Those staying at his residence had to raise alarm when they saw his car by the roadside and he was nowhere to be found.
“They, in spite of that, became suspicious when they saw a bag containing some provisions floating on the water not far from the bridge. Divers were contracted and his remains were recovered.”
He added that his remains had been deposited at the morgue of the Federal Medical Centre, Yenagoa.
Relatively, two school pupils, a primary and nursery levels, were reportedly killed in the flood while coming home from school.
Meanwhile, the Bayelsa State Government in a statement yesterday on the rising flood disaster in the state sympathized with residents of the state over the impact of the rising flood, assuring that efforts are underway to mitigate it’s devastating effects on the people.
The State government, during its 8th Executive Council Meeting presided over by the State Deputy Governor, Senator Lawrence Ewhrudjakpo, stressed that government is aware of the difficulties being experienced by the people of the state as a result of the flood, which has become a perennial problem due to climate change.
Speaking on behalf of the Governor, Senator Ewhrudjakpo also appealed to Bayelsans to exercise patience with the state government over the inconveniences being experienced as a result of the ongoing expansion of the Etegwe Roundabout.
He said the difficulties being experienced today is a necessary sacrifice which the entire state will benefit from when the project is completed within the shortest possible time.
His words: ” His Excellency wishes to empathize with all Bayelsans, especially those who have been directly and indirectly affected by the ravaging flood. Reports available are that quite a number of our communities are now under water.
“The government of prosperity is quite aware of the pains you are passing through and so we must all be our brothers’ keepers by walking through this trying times together so that at the end of the day, we will do the best we can to assuage the pains our brothers and sisters are facing now”
“We also want to use this opportunity to empathize with Bayelsans who are having some horrible times as a result of the construction going on at the Etegwe round about. It is a temporary setback. So, we want to urge Bayelsans to give us the benefit of the doubt and endure with us”.

DO YOU KNOW >>> Police burst Armed robbery syndicate in Jigawa