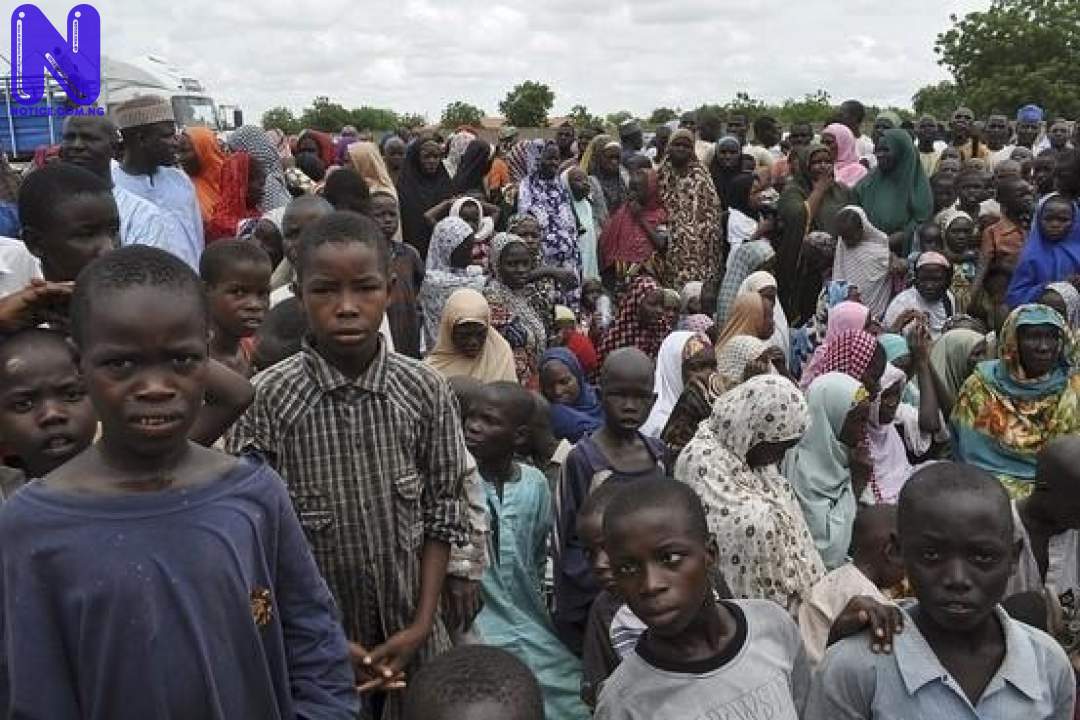 Shocking revelation emerged Sunday that the over 90,000 displaced persons in the troubled Northeast had to feed on grass and insects to survive in their hideouts.

This was made known by the Catholic Diocese of Maiduguri.

The church, in a statement by the Director of Information, Rev. Fr. Gideon Obasogie, on Sunday, said, “A good number of those trapped around the Cameroonian borders are gradually finding their way into Maiduguri.

“Counting their ordeals, some will tell you how they fed on grass and insects. A group from Pulka community alone buried over 80 children, who took ill in the bush and died.”

He also lamented that over 14 parishes had been sacked in the area, with about 20 priests displaced and some members still searching for their loved ones in both Maiduguri and Yola dioceses.

He said, “As a church, we are really going through a severe moment of persecution. Our ecclesiastical circumscription has faced a sharp disintegration.

“For now, the situation is still as before. No improvements whatsoever since our people are still displaced and have no much hope of getting home.”

He noted that the church had spent over N3m on all internally displaced persons at different locations in Maiduguri, explaining that this church took to this because it “must bear witness to the Gospel both in word and in deed.”

Obasogie said the visit to the IDPs was “a practical show of that authentic witnessing. They had over 200 sacks of maize, rice, cooking oil, blankets, mosquito nets, rubber buckets, mats, cartons of Maggi, beans, sugar, among others”.