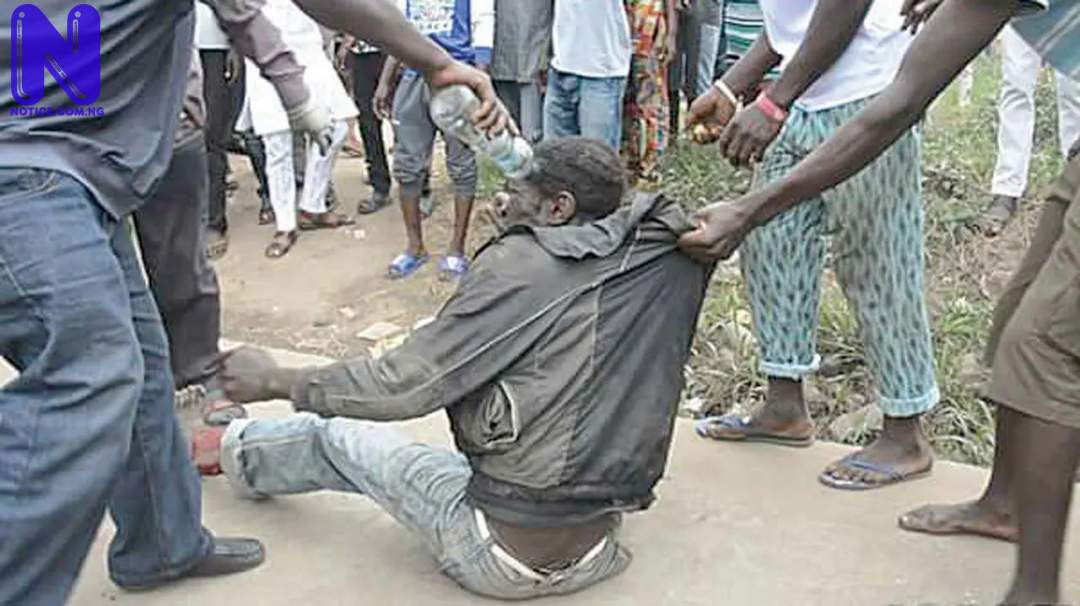 Three suspects were nabbed on Monday after they were caught stealing electricity cables from transformers in Umuahia, Abia state capital.

As stated by reports, they were caught in the process of removing armored cables attached to an electricity transEx-around Udi Street, off Uzokali road in the state capital during the wee hours of today.

It was a show of shame as irate mob who nabbed them was said to have stripped them naked, beat them to a pulp and tied them to the metal frames of the transformer.

Reports alleged that the suspects were later handed over to police officers from the Udi Division.

DO YOU KNOW >>> We are loyal to Buhari – Nigerian Air Force