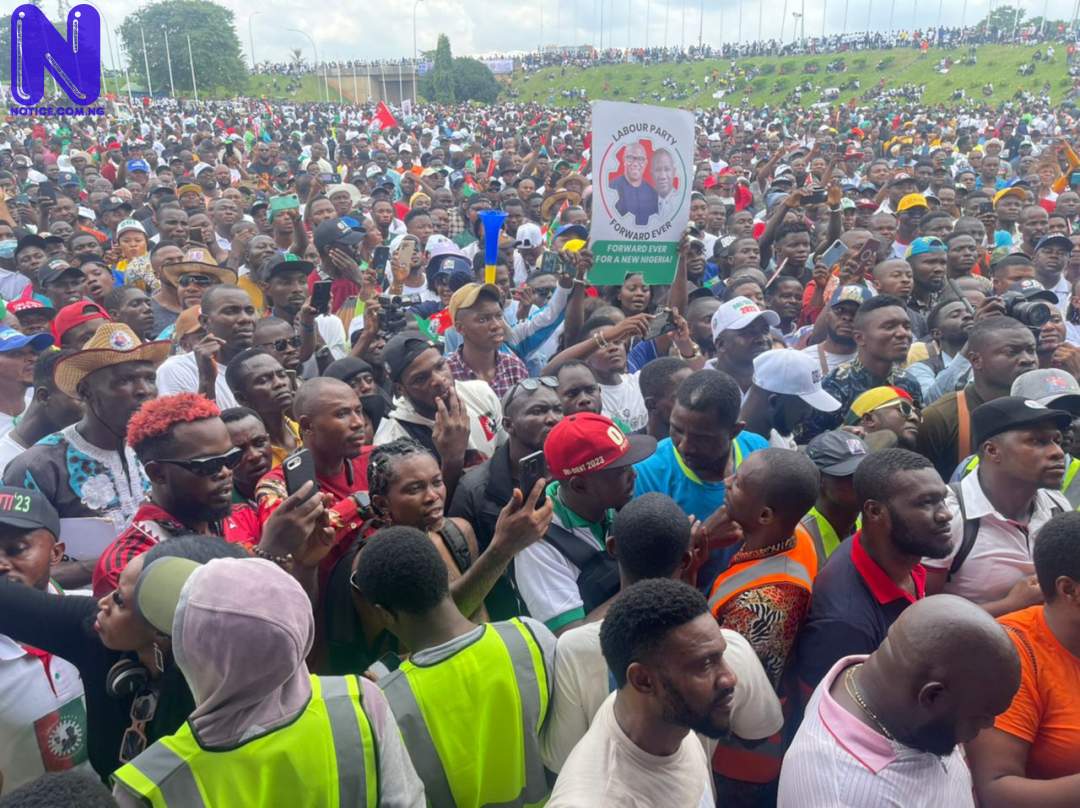 The spokesperson for the Atiku Abubakar presidential campaign, Daniel Bwala, has said that the massive rallies held simultaneously in different major cities across the country, especially in Kaduna, by the supporters of the Presidential candidate of the Labour Party (LP) Peter Obi, shows the decline of the All Progressives Congress, APC.

Bwala disclosed this in a series of tweets on Saturday.

Obi's supporters, popularly known as the ‘Obidients’, organised a ‘one million march' in many States to commemorate the Independence Day.

However, Bwala, while reacting to the mammoth crowd that turned up for the event, said Atiku made Obi popular and that the crowd showed APC was in decline.

Part of his tweet read: "The crowd at Pitobi @PeterObi rally in Kaduna despite @elrufai…suggests the decline of APC in that State. This is even Labour, not PDP, Obi not Atiku. The EA amendment has de-mystified governors. If the 2015 APC victory does not humble APC, the 2023 APC defeat would humiliate them.

"That's all you need to hear from your hero to know @atiku is a leader and a boss. He believes in the Ndi Igbos. He made @PeterObi famous and has said in Enugu this week that after his presidency, he will ensure the actualization of the Igbo presidency. Vote the real deal”, he wrote.

He also added that Obi has taken over the South-West cities and towns, saying the rally at Lagos showed his voters were all over the APC’s stronghold.