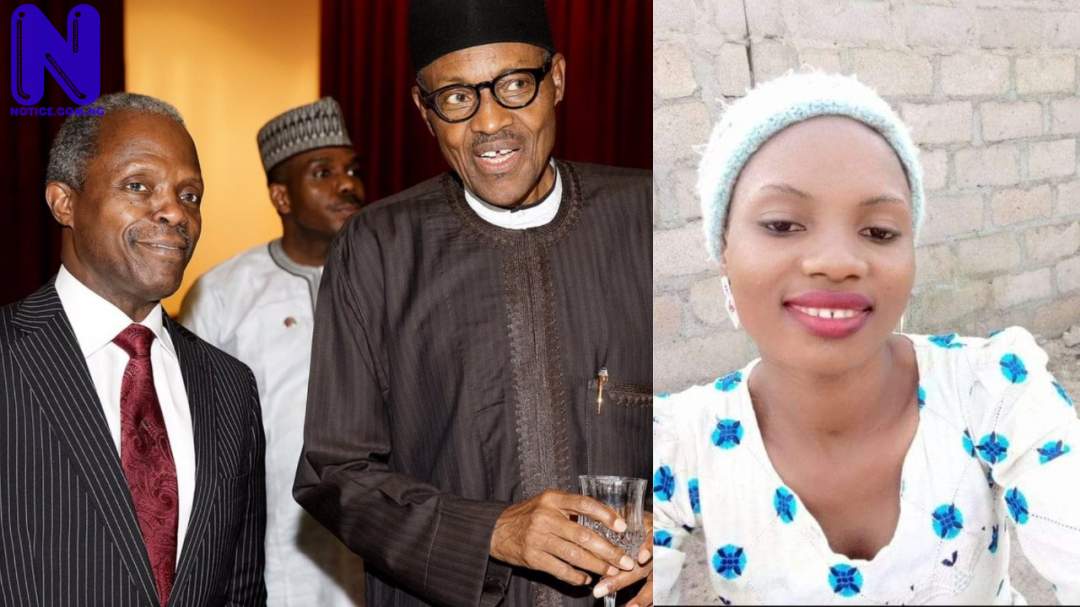 President Muhammadu Buhari is yet to comment on the gruesome murder of Deborah Samuel in Sokoto State.

The 200-level student of Shehu Shagari College of Education was burnt alive by her colleagues on Thursday.

She was accused of blasphemy against the Holy Prophet Muhammad (SAW).

The voice note she sent to a WhatsApp group and the replies she got are trending.

The Police confirmed they got a report of the riot at about 9 am. Two suspects

More than 24 hours after the incident, Buhari, Vice President Yemi Osinbajo and the Federal Government are yet to make any comment. This is despite press releases about Buhari and Osinbajo from their spokespersons.

As of 1:30 pm on Friday, the presidency had issued four statements, with none about Deborah’s killing.

Others include a recap of Buhari's visit to Abidjan in Cote D'Ivoire last week and Osinbajo’s consultations with the All Progressives Congress (APC) across states.

Nigerian People on and off social media are outraged by the silence of the country's leadership.